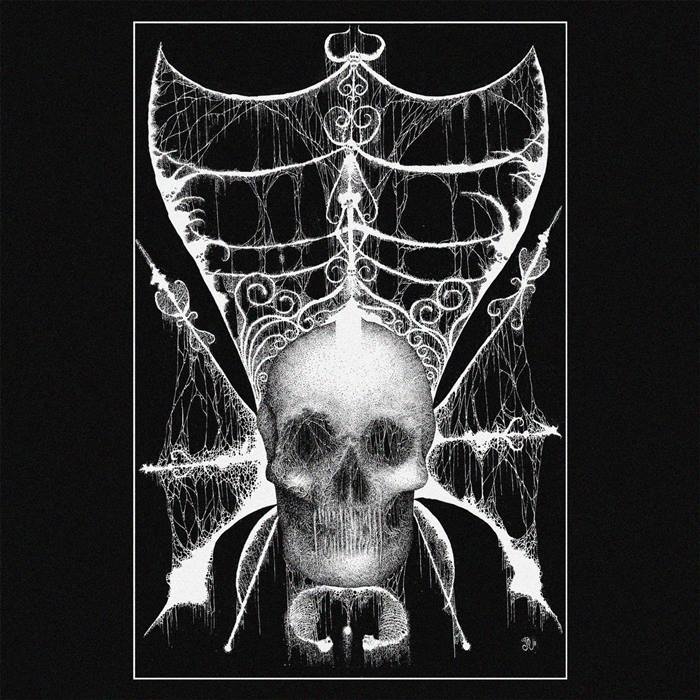 Formed in 2014 out of Finland, Blooming Carrions was originally a solo project with everything conducted by EvM. Previously releasing two demos in 2017 and 2018, 2019’s EP “Sisters of Blooming Flesh” features addition of PkE on bass to create an atmosphere of anguish and misery (at least for the next 24 minutes.) Along with previous demos, album art was done by EvM, which I was expecting a bit more with the visual compared to the stunning detail he had done prior on the “Necrosis Twilight” and “Sparkling Rotten Dreams” demos. Almost alluring that it’s one of the first bands I’ve come across in a while to not showcase the band’s logo on the cover, giving a bit more of a mystery to just see the artwork with people guessing what they’re about to delve into.

With three cavernous tracks to embrace the dismal sounds of distorted guitars, blackened metal drumming, and raw obscure vocals to leave listeners with mixed  feelings of anguish and melancholy. Opening with their title track, unlocking a portal to their hell, slowly creating a dark ambiance, building up to climactic mark, 4:09 and continues a trembling vibration, provoking the senses to awaken and feel a sense of dominance take over. The second tune “Enchantment Of Slaughtering” has a similar feel to the title track and could have probably pulled off being a continuation of it. Lastly, “Lehto” features a lovely haunting synth intro 0:00-1:08 that could easily be sampled into an old 70s cult horror movie. “Lehto” is the longest track but certainly engaging with a slow buildup to 5:17 and changes effect, still keeping an impressive production of distortion accompanied with complimentary drumming to suit the despairing mood.

Compared to the other two demos released, this EP experiments more into an extended ambient black metal feel compared to condensed, fast paced tempos featured on their demos. Would be interesting to see Blooming Carrions intertwine elements from all three releases to construct an album (perhaps an LP this time around **) and continuously elude the listener into a dark abyss. (Tori Belle)