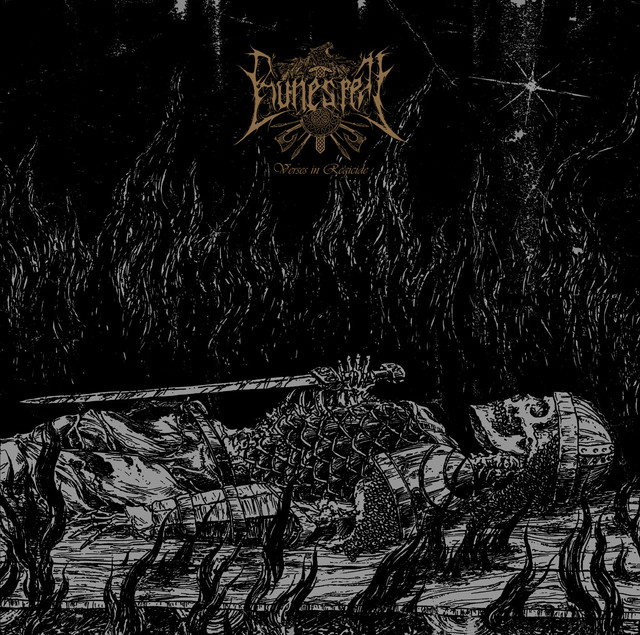 “Verses in Regicide” is Nightwolf’s 6th release, and 4th Full-length in 4 years, under the moniker Runespell. Previous releases have been, in my opinion, all superb examples of Black Metal. Runespell delivers an Epic Black Metal sound that does not fall into the easy Folkish appropriation, nor that “non-classy” Viking inspired sound.

Australia would not be, at first, the place you would think of for this line of Black Metal, this Medieval inspired Black Metal, but it does exist, and it is amazing! What do we have in this new release? Well, if I told you that Nightwolf continues to follow the line he first drew with “Aeons of Ancient Blood”, back in 2017, if you were unaware of his sound, these words would mean very little, correct? Correct. But, in fact, Runespell follows the line previously drawn and presents us a new epic release!

Grandiose and epic melody, fitted for an Earl, but also to the common warrior! I, personally, consider Runespell as one of the most balanced Black Metal acts, around. It has the Epic side to it, it has the raspier, more visceral facet, it has melodies that do paint images of castles and medieval battles… if you are into the 90s Black Metal sound, that BIG sound, well produced but, still raw and dangerous, Runespell might be a good choice.

Stand tall, Viking from “down under”!