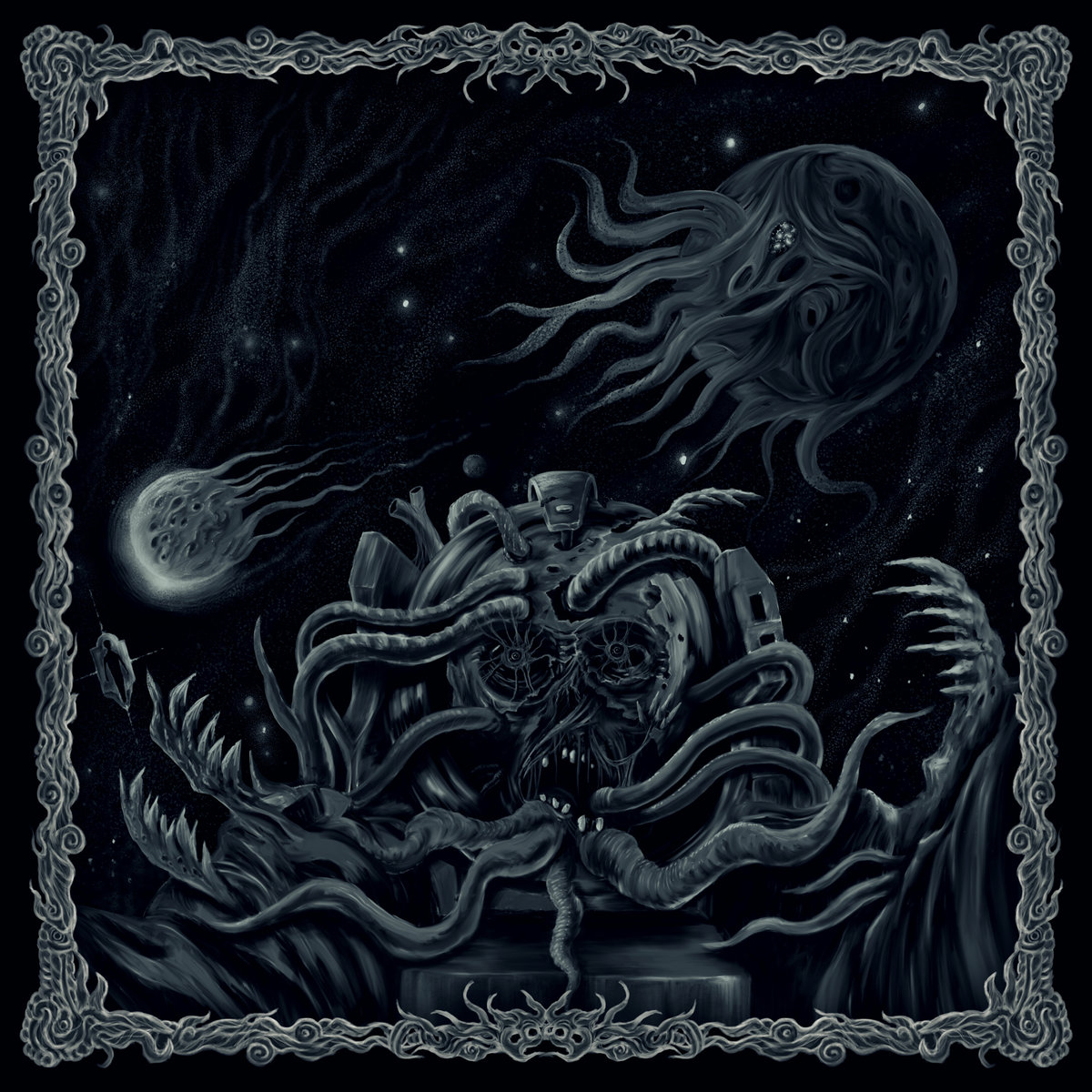 Not a lot of  bands (with one member or more) can achieve the status and recognition Unknown Entity, the person behind Cosmic Void Ritual has. Since the beginning of this project in 2017, six releases have been released (two demos which have later been combined into a compilation in 2017, one demo, one split (with Fetid Zombie) and one EP in 2018). Whoever Unknown entity is, he likes to keep himself busy.

As stated by Unknown Entity, this album had ‘no pre planned compositions, instruments and vocals are all improvised’, but that’s exactly what this kind of death metal needs (or how it should be done). While all the releases by this band have interesting titles, those titles give away what is to be expected from the music. This is one of the rawest forms of Death Metal, which borders to sounds of a distant old galaxy being eaten at a mid pace by a massive black hole in its center.  The combination of otherwordly atmosphere and scorching brutality sounds almost like it was made back in the 80’s and 90’s. It’s filled with simple, but still brain crushing riffs which sound weird at times, convoluted leads,  unusual tempos enhanced by manic drumming and completely unintelligible vocals from the galaxy I mentioned before. Just imagine being stranded in the space without necessary equipment and being torn apart by the void surrounding you. If you dare.

Yes, i know this album was released almost a year ago, but this is one of those albums which might sound simple at first, yet they are much more inticate if you’re willing to give them the time they require to understand. If this is the future of space influenced Death Metal, I’m all for it. (Black Mary)