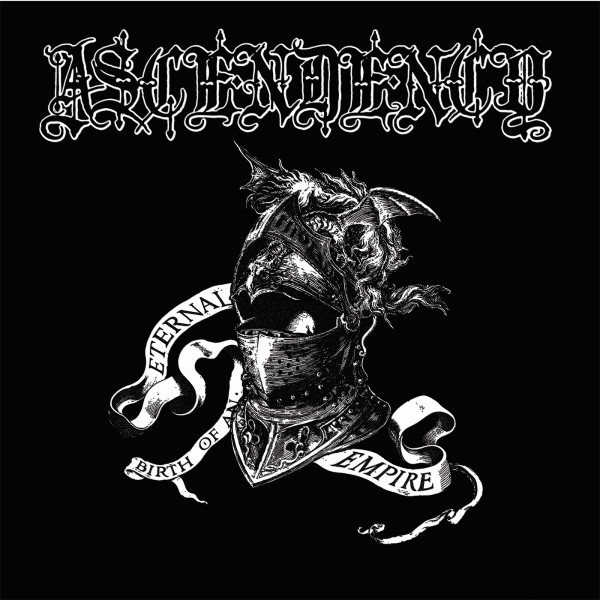 Copenhagen is the capital and most populous city of Denmark. Originally a Viking fishing village established in the 10th century, Copenhagen became the capital of Denmark in the early 15th century and is now its cultural, economic and governmental center. Known worldwide for its gorgeous architecture and home of the world-famous “The Little Mermaid” statue, it is also the origin of a trademark Death Metal sound and the city from which several excellent metal bands have been brought to existence.

Amongst all the great musicians from that beautiful place, Simon Larsen is one of the busiest ones. Since 2015, Simon has been known for playing guitar on several projects like Alucarda and the band responsible for (imo) 2017’s “Album of the Year”, Phrenelith (“Desolate Endscape”), as well as playing drums for the lesser known band Lesion (Black Metal / Punk).

Besides working on the above-mentioned bands, Simon has been writing some different kind of music for nearly half a decade, which has seen the light of day on the form of a new death/black metal called Ascendency. Together with Ugur Yildirim, drummer from Taphos, this new entity released their first self-titled demo in 2019 that quickly sold out. It was followed by a small run DIY promo tape, directly distributed by the band to a lucky group of friends and fans. All these efforts resulted on a strong blip on Iron Bonehead’s radar, which signed the band for the release of their debut EP, released in 2020. Titled “Birth of an Eternal Empire”, the EP is available on CD and vinyl formats (as well as a stunning tape edition, included within a special black box and released by Copenhagen’s Night Shroud) and consists of four dark songs over a little more than 25 minutes of audio frenzy. For those who like to put bands into certain categories, this will not be an easy task. The songs have strong Black Metal influences (from bands like Beherit and earlier Darkthrone) and several clear Death Metal elements. The vocals, on the other hand, are neither! However, by fitting perfectly into the overall atmosphere created by the musical compositions, it could not be more perfect than what you will hear and experience. Lyrically, this EP describes a despotic tyrant and his rise to power, a theme no strange to some current events in our so-called modern world.

The band recorded everything in May 2019, but spent almost half a year fine tuning everything, to make sure the output was strong. Along with Simon (guitars, bass, vocals) and Ugur (drums), the recording got the help of yet another well-known musician from the capital of Denmark, Mathias Friborg (Taphos, Hyperdontia, Sulphurous) on guitar.

Definitely worth checking, this EP will certainly be the start of yet another magnificent project from the Kingdom of Denmark. (Antonio)