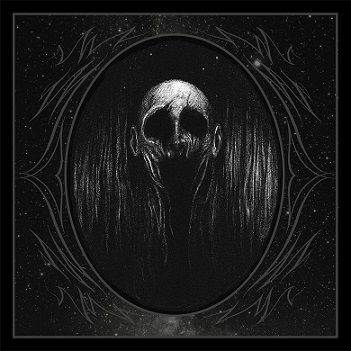 Veiled initiated its journey back in 2013 as “Gnosis of the Witch”. Under that mark they have released two EPs and one split and at the end of 2015 the band turned its spirit and identity into another dimension and reemerged as Veiled. The once American duo have since recruited a third member and expanded into a new horizon. Since it’s rebirth in 2015, Veiled has released one demo cassette, “Omniscient Veil” and in 2017 recorded their debut album “Black Celestial Orbs” in the Grey Studios in Stockholm, Sweden with producer and engineer Heljarmadr (Dark Funeral, Grá, Cursed 13) and Dimman (Grá, Cursed 13, When Nothing Remains).  “Black Celestial Orbs” invaded the earthly sphere in March of 2018 on cd and 12″ vinyl format via celebrated Iron Bonehead Productions.

The sonic essence of “Black Celestial Orbs” is hypnotic and atmospheric like a long forgotten spirit wandering in an empty and dimensionless plateau. Black Metal inspired by those who paved the way during the elder Scandinavian classics days are reanimated by veiled which exists as a shapeless and captivating thing weaving through impenetrable precincts beyond the shroud. The beginning notes of “Luminous” at first seemed traditional Burzum style recurring sonic progression but the track develops into a transformative composition with respect for its roots. Sonically thick tonality carried the simplistic nature of compositions but bizarrely modern twist to this atmospheric development would definitely turn away few ears. The modern tones are carried again in the clean guitar riffs of “Enshrouded”, elevating overall sounds of this record into a far cleaner landscape but the flowing dark energy will definitely keep captivating the patient ears. The initiation of “Portal” is a melody of fluid and bottomless mind-freezing obstacle which transited through beautifully dark and melodic orchestration of tremolo picked harmonies. Like “Luminous” the “Enshrouded” has the same rage-infused dark beginning but had the recurring presence of early Burzum thrown in for soul trapping mood and deepness. “Omnipotent” starts with the melody which is very similar to the album as a whole, not really changing styles, only playing to bring the omnipotent spirit and energy from the depth of immense abyss. This is where they captured the key to confine the appearing and reappearing moods which will bewilder and aggravate souls with inescapable thoughts and emotions while being in wilderness.

At the end, the unconditional expressions encapsulated in “Black Celestial Orbs”, takes total form through its two part title track. A long winding development of darkness, power and beauty, traditional yet inspiring and atmospheric sonic creation while the second part of the title track bears element of uncertainty when it’s get slower with  backed up spoken word outro; which almost feels like ceremony prior destruction.

Veiled plays persuasive and absorbing style of Black Metal where all of the musical instruments on the recording have a very powerful sound to them while the solos and leads are done in a solid harmonious way. The overall production sounds polished and compact while the lyrics covered cosmic mysticism and inherent darkness which altogether will leads the listener into celestial dimensions and deep inner spaces. Album cover by ‘Unknown Relic’ and the inside layout by ‘Misanthropic Art’ truly articulated the visual essence of this record. “Black Celestial Orbs” is definitely worth of a listen for those who seek out such transportations through Black Celestial Orbs. (Rocky)