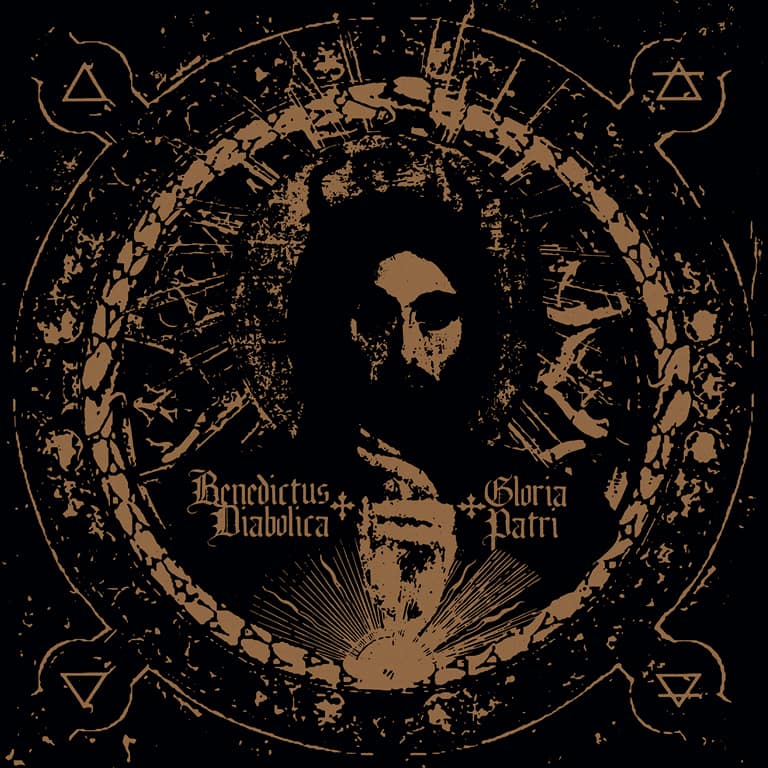 We don’t know much about Ancient Moon other than them being an international Ritualistic Black metal composition of artists that not only use pseudonyms, but letters J, B and O instead of names. With musical product being fully in focus, they have so far treated us with  a debut full-length Vvltvre and a split with Prosternatur, affirming their style as unsettling, eerie yet highly ceremonial.

When I first tried listening to their newest release “Benedictus Diabolica, Gloria Patri”, during the day and with not much going on, I just couldn’t get in the mood and it left the music sounding like background noise. This is exactly that 2AM, alone in the dark with your thoughts type of record: it has a purpose, a character, you need to work and embrace it. What I mean is, the somber ambient is not fit for your daily commute to work, but carries an experience unusual and interesting if you’re ready for it.

The record is short of 40 minutes long, consisting of only two tracks. Both carry the same energy, executed differently and are not copies of one another, but a unity. When listening, I imagined the sounds turn into clusters of unknown energy, little by little emerging from an abyss you wouldn’t like to find yourself in. Carried by repetitive trem notes, hypnotizing drum beats, a vocal not too unique but of true emotion and mysterious keyboards that sound just like the name of this record, it plays near the line of dull monotony but never crosses it. Instead, it turns that into material for building up this kind of ambient before dispersing into the unknown.

When embracing and transforming darkness, I get the impression Ancient Moon see no limits to it. Not technically difficult or dynamic in everyday terms of music, but an experimentation, a personal sight of all the uneasiness, a Black metal sacrament. Feels sincere, and we don’t get that much from the scene. If that’s what you look for in a record, look no more. Well, at least for now. (Lana)