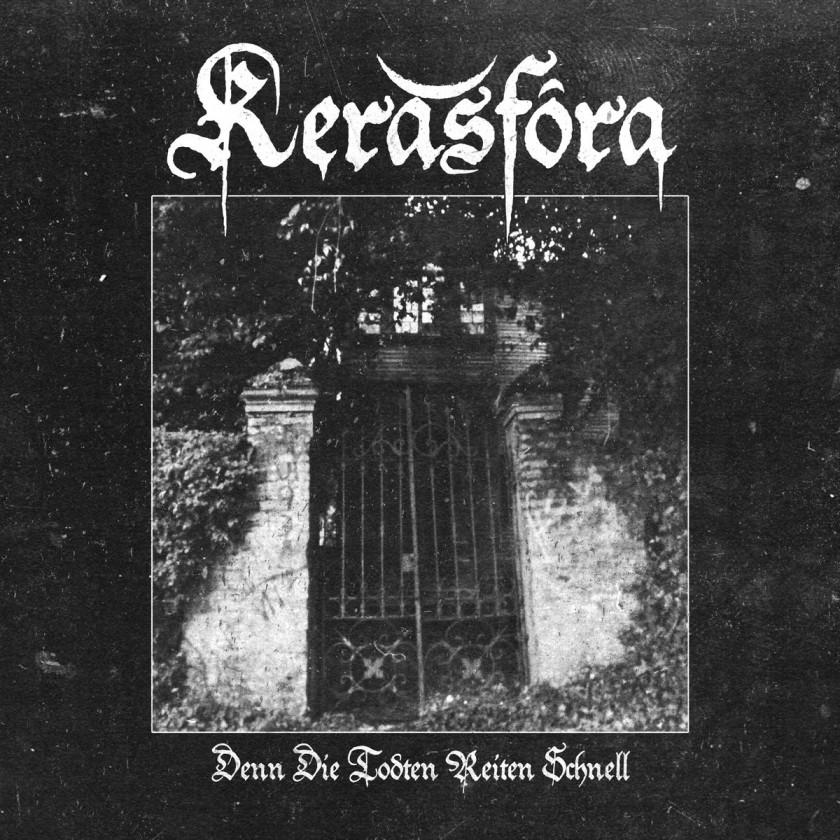 What a plethora of emotions the debut demo from Chilean one man Atmospheric Black Metal project Kerasfóra manages to create within it’s listener. ‘Denn die Todten Reiten Schnell’ or if you prefer the English translation ‘Because the Dead Ride Fast’, is chaotic, absorbing, raw and unhinged, and as such makes you love it and hate it in equal measure on first hearing it. Through lo-fi production surges anguished howls and shrieks, a crazy amount of haunting synth, primitive yet effective muffled drum tones and most startlingly of all, mesmerizing guitar leads that wander delightfully through all of this audio carnage and progress the demo forward. On a second run through this fifteen minute slice of Chilean madness, the demo settles itself and the gripping synth melodies and harmonies seem more well formed and cohesive with the rest of the music. A should out to final track ‘A Silver Light’ which introduces some chanted cleaner vocals and even more electronic ambiance as well as the usual raw Black Metal anguish! An oddly likeable demo, and the more you play it the better it gets. I’ll have some more from Kerasfóra if you don’t mind. (Luke Hayhurst)