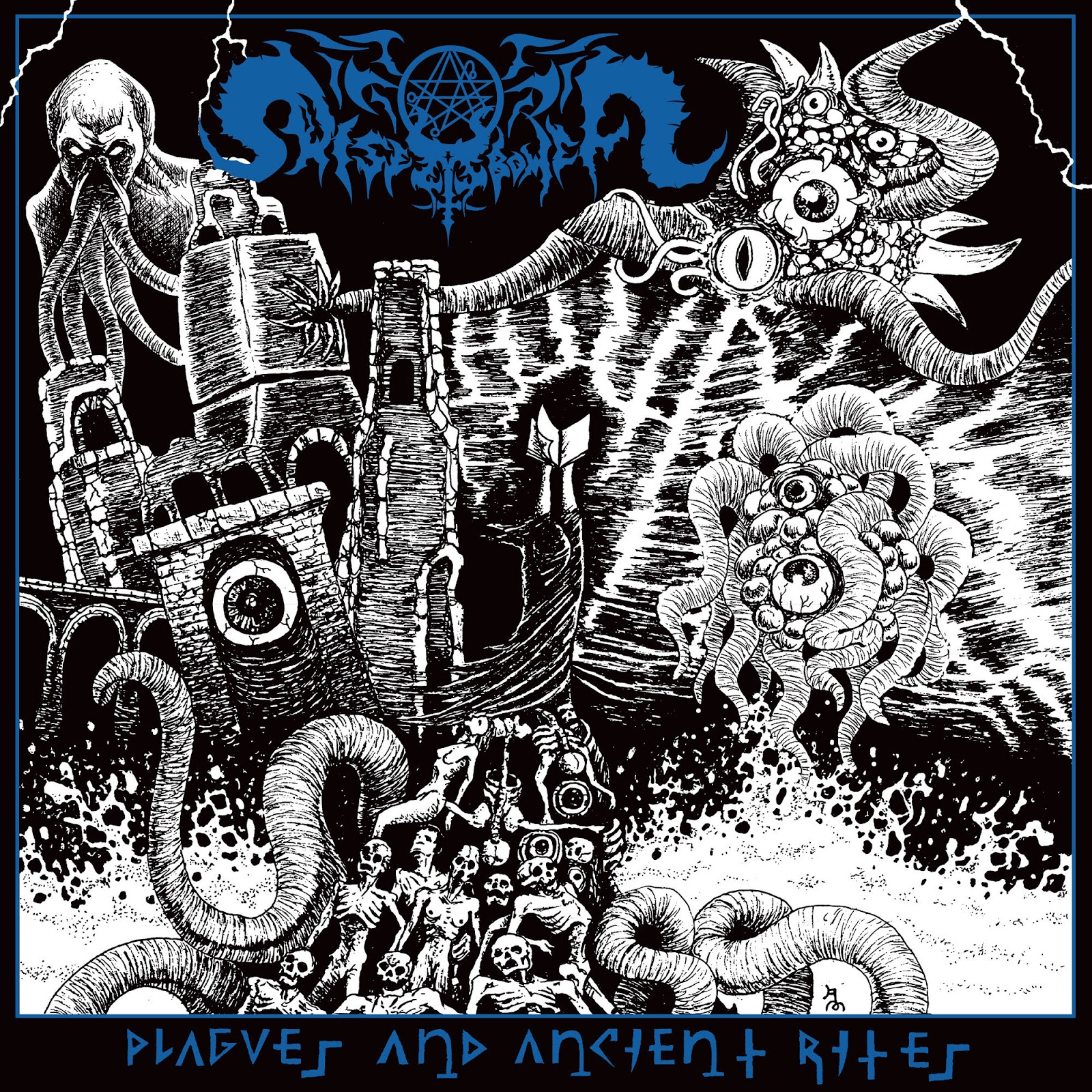 Disembowel from Chile already released an EP and a demo during the last 5 years which already took attention from all around the globe, first of all by Mushantufe Productions and Iron Bonehead Productions who (re-)Released their first EP “Act of Invocation” and are now responsible for the debut album “Plagues and Ancient Rites”.  Their Lovecraftian horror stories are full of dark deeds and ancient magick, something that stands all through the release. The music is dark, reminiscent from aeons past which means old fashioned Death Metal. There is a melodic approach in their way of playing Death Metal with a portion of Thrash here and there. Which I not only like but just adore, because for these guys Death Metal means to be straight forward, dark and catchy in a certain way like the ancients of Death Metal did. The production is rough, like a late eighties/early nineties release. Everything is more or less audible and works in its totality. Don’t expect high polished and autocorrected stuff here. This stuff is living! Crawling! Slithering through your headphones! They manage to change speeds at the right time and vary their riffs at the right moment. They never forget about groove and what mentioned above: SONGS! This is Death Metal the way I still like it the most. If you like US-Death metal with a portion of South American roughness, European sense of melody and still think Cthulhu can’t be worshipped enough, Disembowel are for you! (DPF)