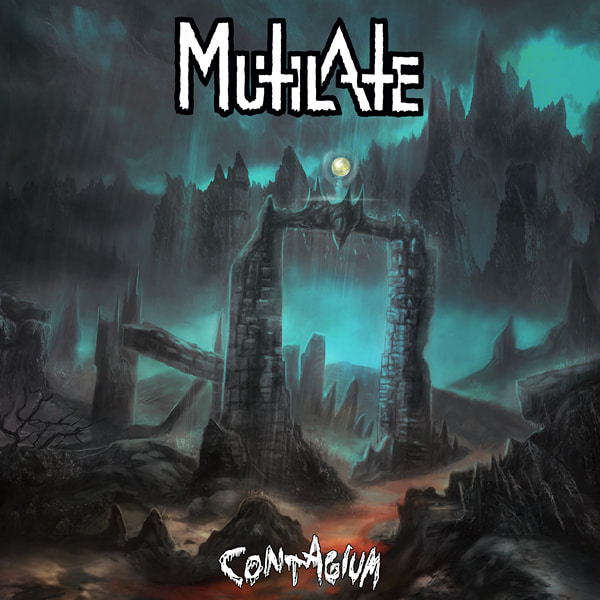 Are you interested in raw, fast and evil Death Metal? “Contagium” by Mutilate offers not only that but exceeds expectation from their last full length “Tormentium”, released in 2017 and both albums are released by Iron Bonehead Productions.

This new album pens up with a song titled “Vile and Disgusting” which perfectly describes this full Length put out by death metal purveyors Mutilate as this is a worthy follow up of “Tormentium” and although some Thrash and Black Metal Influences can be heard…this is pure Death Metal filth. The run time clocking in at thirty-six minutes and thirty-two seconds, creating a ripper that is a worthy candidate for destroying everything in sight from the first song to the last. Highlights being songs such as “Quartered” which ends with a vomit inducing screech, and songs like the title track “Contaguim” that feature guitar riffs that insure the listener to bang their heads. “Contagium” never slows down, and is as the opening track suggests “Vile and Disgusting” and most definitely worth a listen and your support as well. (Michael Schrock)