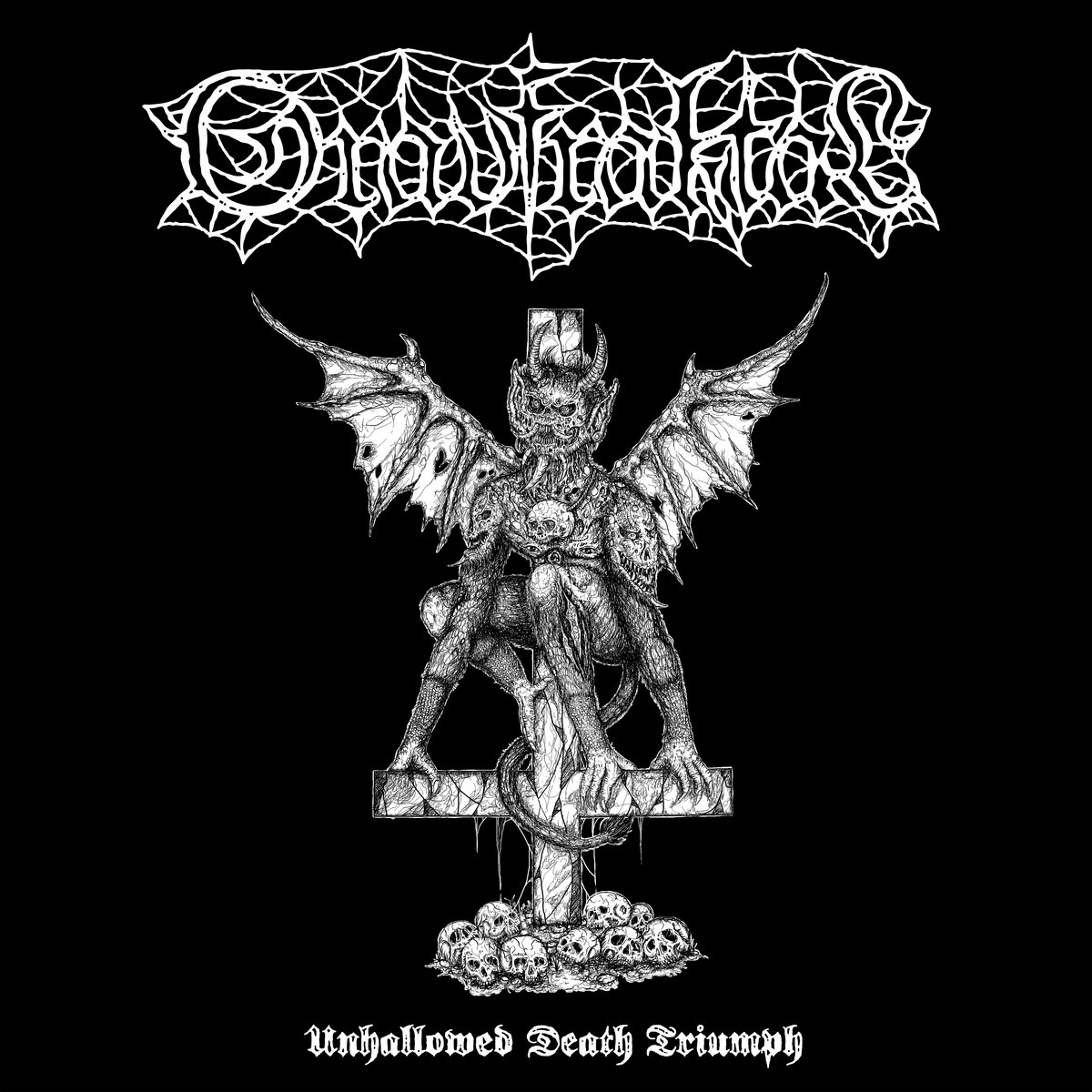 An ancient hooded figure hunched over a cauldron spewing forth a blasphemous spell from a tongue tinged in vehemence is one way I would describe the sounds emanating from Gravfraktal’s debut EP, ‘Unhallowed Death Triumph’.

Spawning four tracks clocking in around eighteen minutes, at its core the sounds that reverberate forth contain a ceremonial dissonance to it where it conjures a feeling of chaos and necromancy that are fused to create a vessel inhibited by the cacophony of discordance. What produces this aura is the way the EP is mixed, as there exists a certain equilibrium between the rawness of the sound versus the aggression exuded from the instrumental portion, in other words, the experience that is fostered grants upon the listener an illusion as though one is witnessing ritualistic event that has been etched in within the constructs of sound.

Instrumentally, the foundation is erected upon a barrage of pandemonium herald by the unification of the guitars and drums creating that nineties old school Death Metal aura, with the frenetic tones and thunderous blast beats. However, what sets the EP aside is the sporadic interjections of certain grooves and chugging patterns which fragments the formula in a way to prevent it from ever being stagnant. ’Putrid Gloria’ is a track which displays the variations between the speed and grooves but never feels contrived nor forced, instead it feels like an instinctive extension of virulence that is churned from the riffing as it paints an image of a body that writhes in convulsion as the bones contort as a spirit defiles the flesh and slowly takes hold in a constant violent shock.

The vocals which is the substance that is secreted upon this EP acts as the catalyst for all the other variables, as the voice oozes a decrepit like register that seems to dwell within a sepulcher, as it possesses a vast ambience towards the delivery of every verse, where it can contort into a serpentine flavor with its creeping aura also within the same breathe it can transfigure itself into that of a malevolent sorcerer especially where enunciation of the lyrics are concerned.

Overall, this is an excellent EP that never overstays its welcome, as the elements that are drawn never feels overextended to the point of feeling over saturated. It’s rather lean and offers immense replay value, where you can view it as a snippet for future things to come, leaving one’s curiosity entertained just enough to anticipate a full-length release. (Justin Joseph)