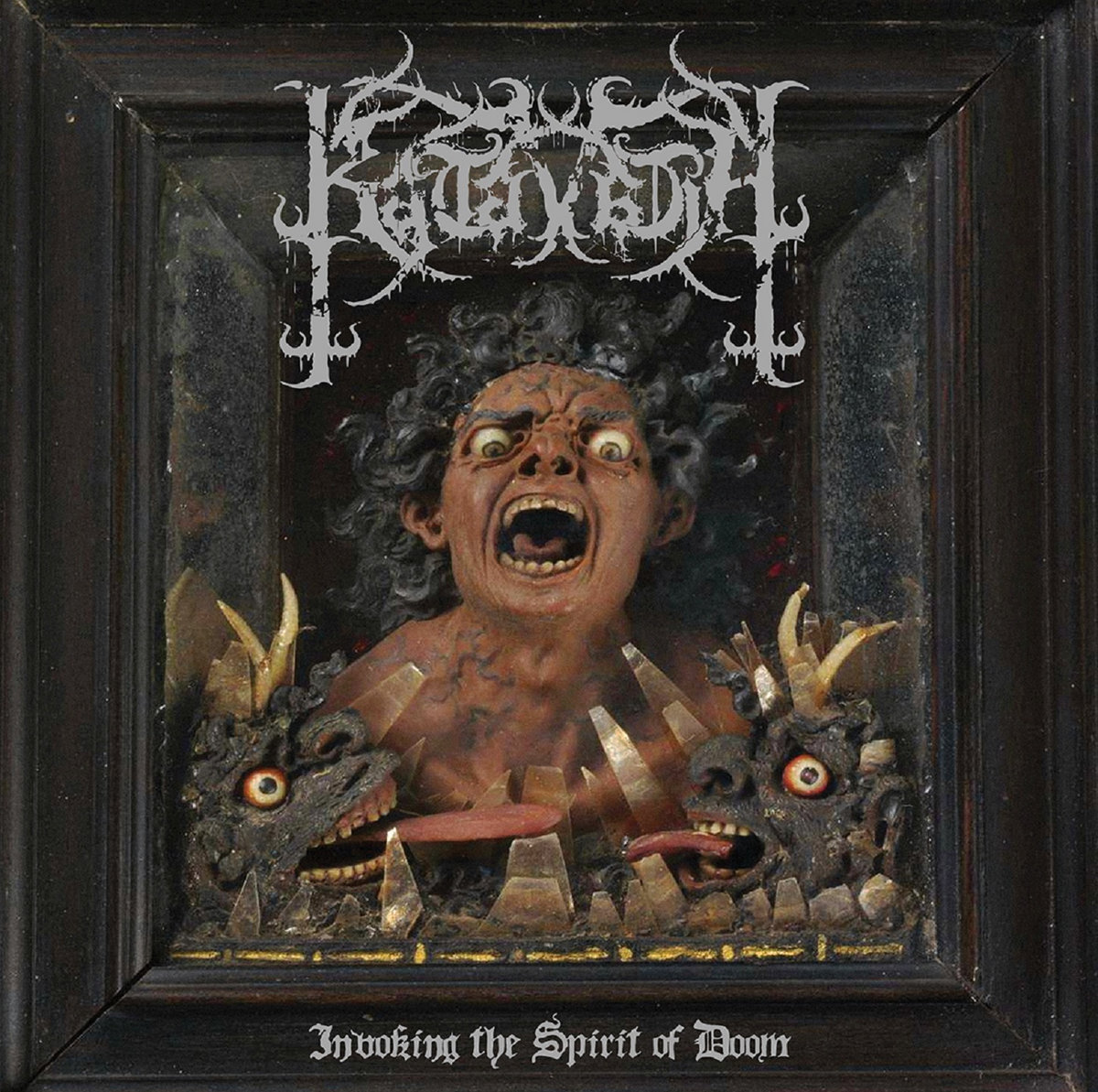 Katavasia was formed in 2014 by Varathron mastermind Stefanos ‘Necroabyssious’ Karasavvas, undoubtedly one of the founding fathers of the famous Hellenic Black Metal sound. And although not all Varathron’s albums are equally good, the majority of Necroabyssious’ output is of excellent quality, but yet he seemed to have more inspiration than he was able to channel through his main vessel, so he decided to form another one. With Katavasia he already released two full-length albums and an EP, and all three easily match the same high quality standard the man is known for.

The musical difference between Varathron and Katavasia is not always easy to pin down as Varathron has gone through several more or less versatile periods. The bands’ early work is unmistakably utter classic, no doubt. Later work, halfway their musical career, tended to be a little harder to get through, with 2014’s ‘Crowsreign’ being the prime example. Although that aforementioned album was not necessarily bad, Necroabyssious’ musical adventures seemed to take another flight with their latest opus ‘Patriarchs Of Evil’, which easily is their best album since the classic duo of ‘His Majesty At The Swamp’ and ‘Walpurgisnacht’.

In this same musical spectrum, or Necroabyssious’ musical recrudescence if you will, Katavasia was founded. This means with Katavasia we’ll catch him on his most versatile and creative and on top of that, he surrounded himself with top-notch musicians who gained their experience through various local Greek bands (with none of them really being high profile). Musically they provide themselves with the trademark Greek Black Metal sound, heavily influenced by local Mediterranean melodies and filled classic Heavy Metal leads. Yet, while Varathron and bands like Yoth Iria sound very much traditional, Katavasia seems to be influences by contemporary Black Metal, basically from modern-day Black Metal from Norway and Sweden. This way they’ll blend the best of both worlds into something that sounds at least as intriguing and interesting. Not quite as muffled in sound, courtesy of the great and clear production, or drenched in long-drawn atmospheric passages as many of todays Scandinavian Black Metal, but the influences are clearly seeping through. Yet, fans of Hellenic Black Metal should not worry, both songs, together clocking just under 10 minutes, wear those idiosyncratic Greek melodies, giving them their distinctive character.

Although this EP seems to be just a little less catchy than the best songs of the previously released albums, the two tracks presented can easily and proudly bear the Katavasia name. That means the EP has done what it was set out to do, keep us quiet while we are waiting for album number three.