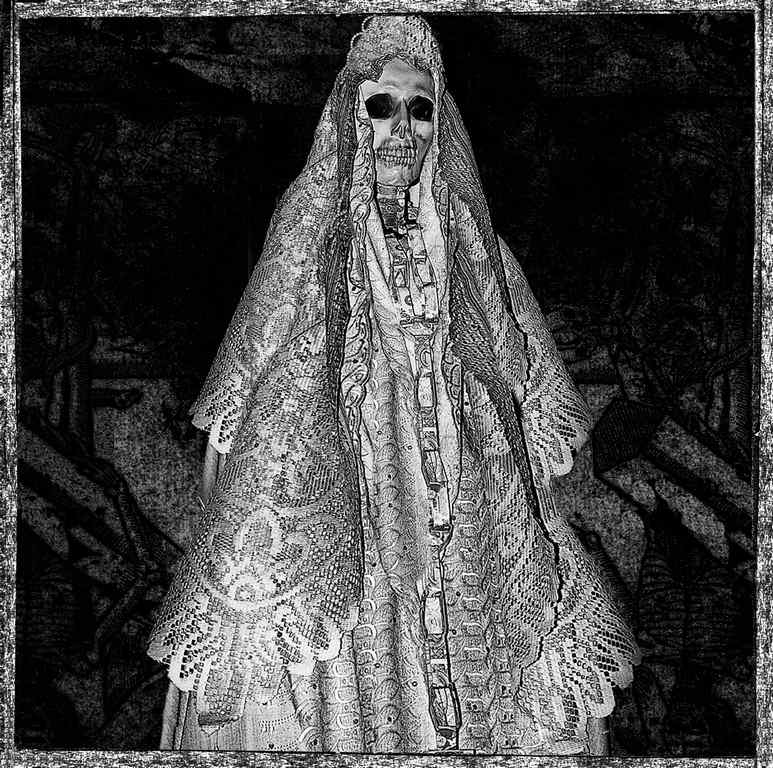 “Vrees de toorn van de wezens verscholen achter majestueuze vleugels”, a mouthful in any language, translates roughly as “Fear the wrath of the creatures hidden behind majestic wings”. It’s a fitting moniker for an album that is so deeply mired into gloom it needs a lighthouse to guide it’s way. Described as a raw black metal band with ambient tendencies, Dodenbezweerder (Necromancer) are a band whose lo-fi sound both adds and detracts from it’s own sound. On the positive side their sound is mysterious, threatening and creates an extremely intense atmosphere. On the negative side though, the bands style is so muffled and laden in fuzz that the ambient parts get lost in the shuffle and often things devolve into a fight between instruments for which one wants to make it out of the fog alive.

In truth this album, the bands debut full length following a string of demo’s over the last year, is not for me. I’m surprised that Iron Bonehead have picked this up, a label whose usual output has a bit more quality in terms of production. Indeed for all I know there could be a high quality band struggling to make itself heard but Dodenbezweerder have spent so much time and effort in making themselves virtually unfathomable that one wonders what the point actually is. Music is a master of taste and opinion and I have no doubt there is a market for this. However for me this album is a non-entity. (Heathen of the Horde)