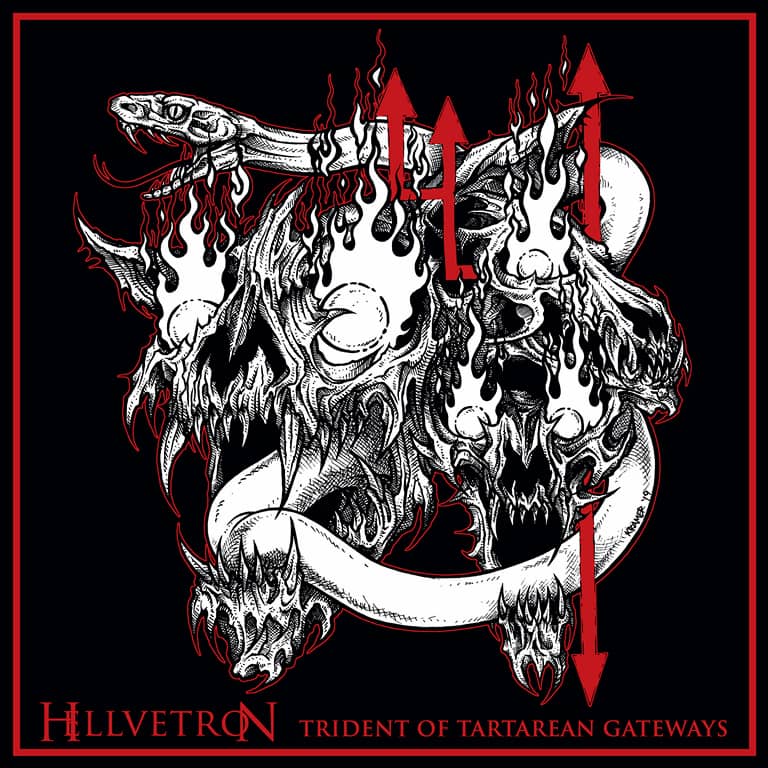 The number seven has a weird reputation of being a, sort of speak, magical number – seven seas, seven years of famine, seven deadly sins, seven dwarves… This summer proves that seven actually is a magic(k)al number, since it took Hellvetron seven years to release a new album. But it was most certainly worth the wait.

Texas duo Hellvetron have been active since 2004 and their members are also a part of O.S.I. collective which has spawned bands like Nexul and Nyogthaeblisz. Each part of the O.S.I. entity plays its own take on the combination of Black and Death Metal, and Hellvetron are the ones who add a certain amount of Doom to the mixture. Their first album Death Scroll of Seven Hells and its Infernal Majesties was in my opinion done until almost perfect, yet the new one shows what can be achieved if the band tends to craft their own sound in the way they imagined, pushing their own boundaries without overdoing anything and therefore ruining their vision.

Built like an occult ceremony (and most of all, sounding like one) the album takes us through nine chapters which should actually be listened to as a whole, since the songs transition so unobtrusively from one to another. The “Opening: Queen of the Void” starts off with some older horror movie-like synths, which start building the ritualistic, occult and sheer evil atmosphere present throughout of the album, and that atmosphere gets more enhanced with the help of small details like occasional choir singing or organs playing.

Most of the album is built from longer, precisely built songs which sound absolutely epic. The guitars provide extremely dark melodies, usually in the form of very powerful riffs. Drums easily transit from slower, doom induced pace to faster, more death metal speed with a considerable amount of blast beats. The whole mixture is spiced up with deep grim vocals which also add some cavernous and bestial growls.

Since I am a huge Hellvetron fan and I have been waiting for this record for a really long time, I thought I’d be prepared for this… yet now, after getting the chance to listen to it, I have no clue how to actually describe it. Going through their discography many times and actually convincing myself they can’t do better, I was left baffled after this, since their previous releases sound inferior compared to, no matter how well crafted they are. It was definitely worth to wait this long, because this is without a doubt one of the best albums of the year, if not in the recent years. This truly is one of those records which are capable of opening a portal to Hell. (Black Mary)