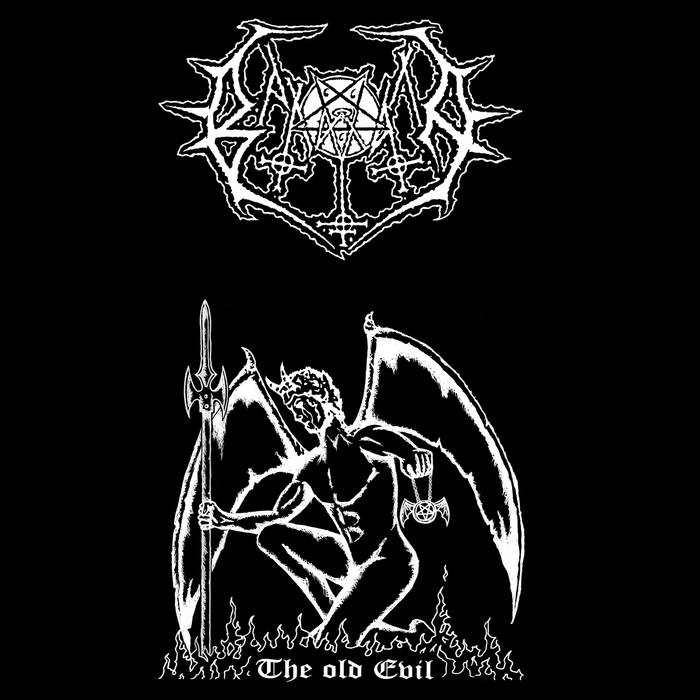 Some bands initiated their journey with ideals and visions, and stayed intact despite the evolution of the form. This allowed metal to spread branches – like strong stems which not going broke with sudden storm and upheld the structure. Formed as a one-man project for a brief period in 1992, Baxaxaxa released their only demo, called “Hellfire”, which was originally released as a cassette in a very limited quantity. Interestingly, it was largely unknown until the Ungod/Baxaxaxa split release by Merciless Records in 2002. The name definitely brings strangeness, but actually Baxaxaxa are a legendary act in German underground Black Metal. After 1992, they only returned with the split release ten years later and then disappeared.

Until, Baxaxaxa publicly arose from the dead in 2018 with an exclusive performance at the revered Destroying Texas Fest and then a gig in their native Germany. 27 years passed since their last release, so Baxaxaxa woke up from their slumber and independently released a another demo tape entitled “The old Evil Demo 2019” which contains Black Metal that is aggressive and deeply rooted in tradition, but also steeped in atmosphere. Baxaxaxa’s sound clearly bears the influence of seminal bands like Bathory, Masters Hammer and Sarcofago, but also developed a terrifying style of garage Black Metal that draws inspiration from the first generation of Black Metal bands, such as Venom, Hellhammer with strong thrash and speed metal influences from contemporary legends. In the process they created wretched Black Metal that is grim and addictive aided by primitive and primordial sound which exudes wickedness, decay, and mystery.

Despite being a demo, “The Old Evil” is exactly resembles that – ugly ‘n’ primitive riffs, hammering rhythms, raw ‘n’ rotten recording and evocative medieval synths. What makes it really stand out from other retro Black Metal music from first and second generations of Black Metal is the nauseous work that adds a malevolent ambience throughout the record. Starting with sinister church organ melody and icy wind ambience, and continuing with ‘Sepulchral winds return’, ‘In shadows they lurk’, Bells of Ch’ron’ and ‘The old Evil’ – this 5-track with less than 25 minute run time sounds cold as ice and possess a demonic power to put the listener into a transforming trance. Repetition is central to the effect of these songs with riffs and passages are drawn out and ritualized with morbid grooves. Vocals carry a rotten and acidic style, sounding almost possessed, deranged and wicked. Some listeners may find the vocal style disturbing, but after listen this evident that how the singing style impacts the atmosphere of this record. Recorded, mixed and mastered by Lord Noctifer at the Bunker 2019 with a sinister cover art by Infamist of Tumulus, “The old Evil” possesses flame of pure old school Black Metal disdain, which is unquestionably evil and mystifying.

Without any doubt, after more than 27 years Baxaxaxa made a worthy return to ignite the flame of damnation to all souls who seeks Black Metal in pristine form and all exposed will certainly crave for their next creation. (Rocky)