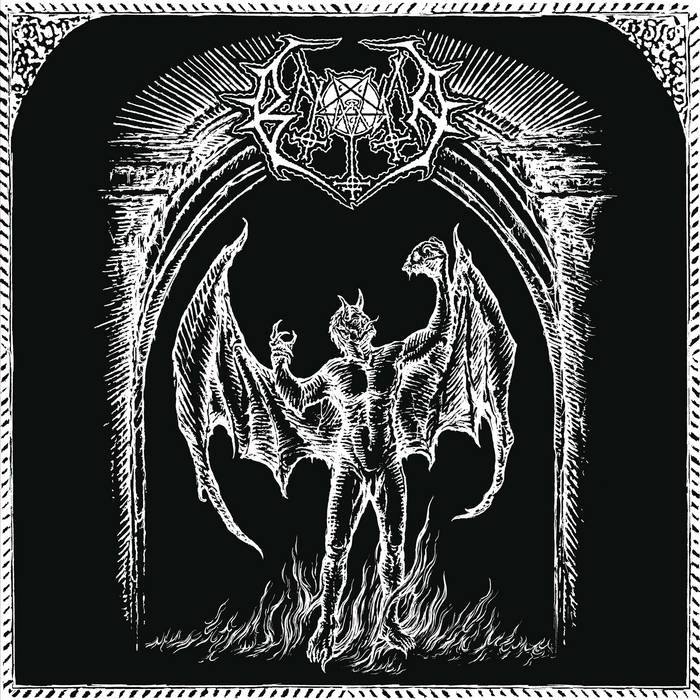 Another release in my hands from a band that I really like and follow is Baxaxaxa’s debut album entitled “Catacomb cult”. It’s their first album after 29 years of existence and that’s something that I really respect and enjoy as it shows the underground spirit and attitude that a band like Baxaxaxa has.

I came to know about them around ’96 when their classic ’92 “Hellfire” demo was sent to me by a tape trader and instantly I was hooked and amazed by the grandeur, atmosphere and the utter darkness that veils you from the very first notes, an absolute underground classic in my opinion. After a few releases that they made sporadically all these years since their creation, we reach 2021 and their debut album “Catacomb Cult”.

From the very first notes of the opening track it got me hooked with its morbid atmosphere, cryptic keys and old school riffing. I also got a strong vibe of Samael’s “Worship Him” era – both production and music wise – but also a touch from the early 90’s Hellenic Black Metal scene. A combination that really mesmerises you by the way, Baxaxaxa are blending it within their own doomy and gloomy Black Metal creating a unique feeling to the listener.

The lyrics are very evocative and deal with the occult in a very strong way. I must underline the amazing vocals done by Traumatic, excellent and very expressive-yet theatric in some moments.

As the album rolls you get deeper and deeper into its abyssic grip while discovering paths of unknown dimensions. The conception of this album is very deep and it reveals it’s spiritual hypostasis.

I found some early Hellhammer / Celtic frost influences here and there that added a lot to this old school requiem. Don’t think that I’m exaggerating but in its 47 minutes of running time I didn’t found a single moment to pull me out from its trance. A really masterful album from a sincere and honest band. Lose yourself and travel to the unknown with hymns like “Catacomb Cult”, “Flame of redemption, “KIngdom ablaze”, ”The great malicious tongue” and “Ghosts of Torzburg”, which is probably the best track in the album in my opinion!

The Sinister flame will put it out on CD and vinyl formats so I strongly recommend to go grab a copy of this amazing release, if you’re a pure underground worshipper of the early 90’s Black Metal.

Can’t wait to spin the vinyl on my turntable! (Nyogtha)