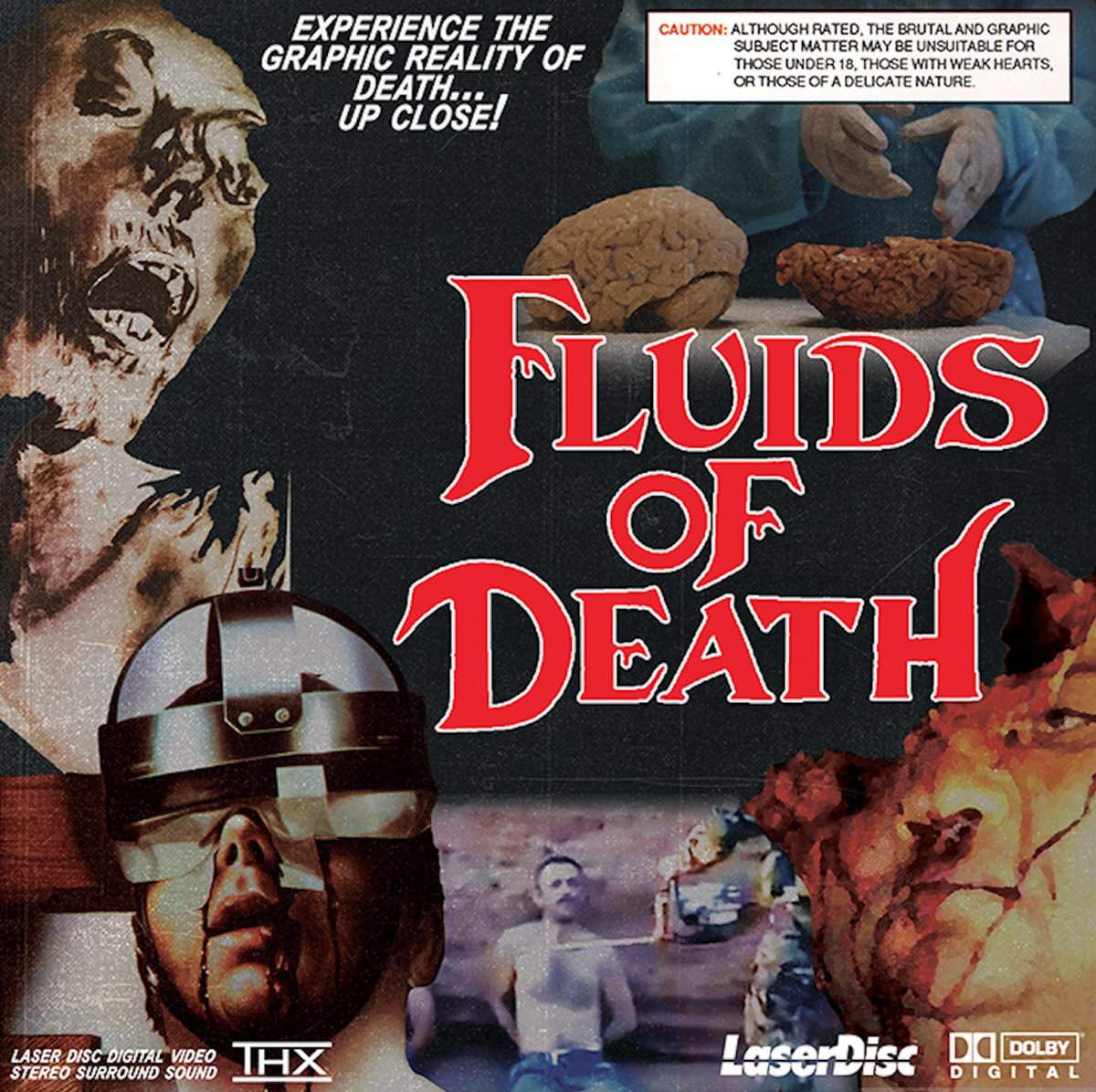 Fluids are a Death/Goregrind three piece hailing from the murky bowels of Phoenix, AZ. Since their inception in 2018, they’ve managed to release an unrelenting barrage of some of the goriest music to date with a series of full-length albums, EPs and splits. Imagine that Mortician had a love child with “Reek of Putrefaction” era-Carcass and that’s exactly what Fluids sound like!

Fluids of Death is 13 tracks of some of the nastiest and grimiest Goregrind to date, featuring tracks from the band’s “Aterial Drift” demo from 2018, the two song “Bagged and Tagged” demo from 2019, a couple of previously digital only tracks and material from the split 7″ “Torture Euphoric” which they did alongside fellow gorehounds Heinous back in 2020. The tracks from the “Arterial Drift” demo are most definitely the strong point on this compilation, specifically the title track. Its bleak and cold downtuned riffs combined with guttural vocals and mid paced beats set a primal tone. This is barebones basic, no technicalities. Just good old foul and demented music for equally depraved minds!

If you haven’t heard Fluids and like your Death/Goregrind as no frills as possible, this along with the rest of their discography are definitely worth a listen. Fluids are obviously inspired by the old guard but in no way try to copy their predecessors and instead create a barbaric and blood-soaked artform that is all their own! (Tara)