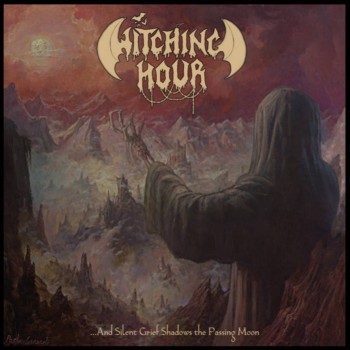 I know this band since their debut album that and I remember it was a good album of old Teutonic Metal in the vein of old Destruction, early Sodom and the fiery touch of Desaster. Obviously, if you come from Germany, these are always the same fuckin’ names you must bow down to, in order to take inspiration from your kind of metal…no matter if you play Thrash or Black Metal…if you’re into the “extreme”, you must “pay tribute” at any cost to the Gods!

Now, after 2 good albums, Witching Hour seem to soften a bit their sound as they tried more melodic guitar parts that remind me of early Maiden. In my opinion as a metal fanatic, all the songs seem to be perfectly the same to each other. Instrumental parts are cool and they know how to play a certain Black thrashing Metal you know, but it seems they just think too many times to find the perfect atsmosphere instead of a true powerful metal assault and to me, the distortion of the guitar sound is not so solid and massive. There are a good band but albums like this is doomed to wander into the inifinity of the metal scene (CrisPervertor)