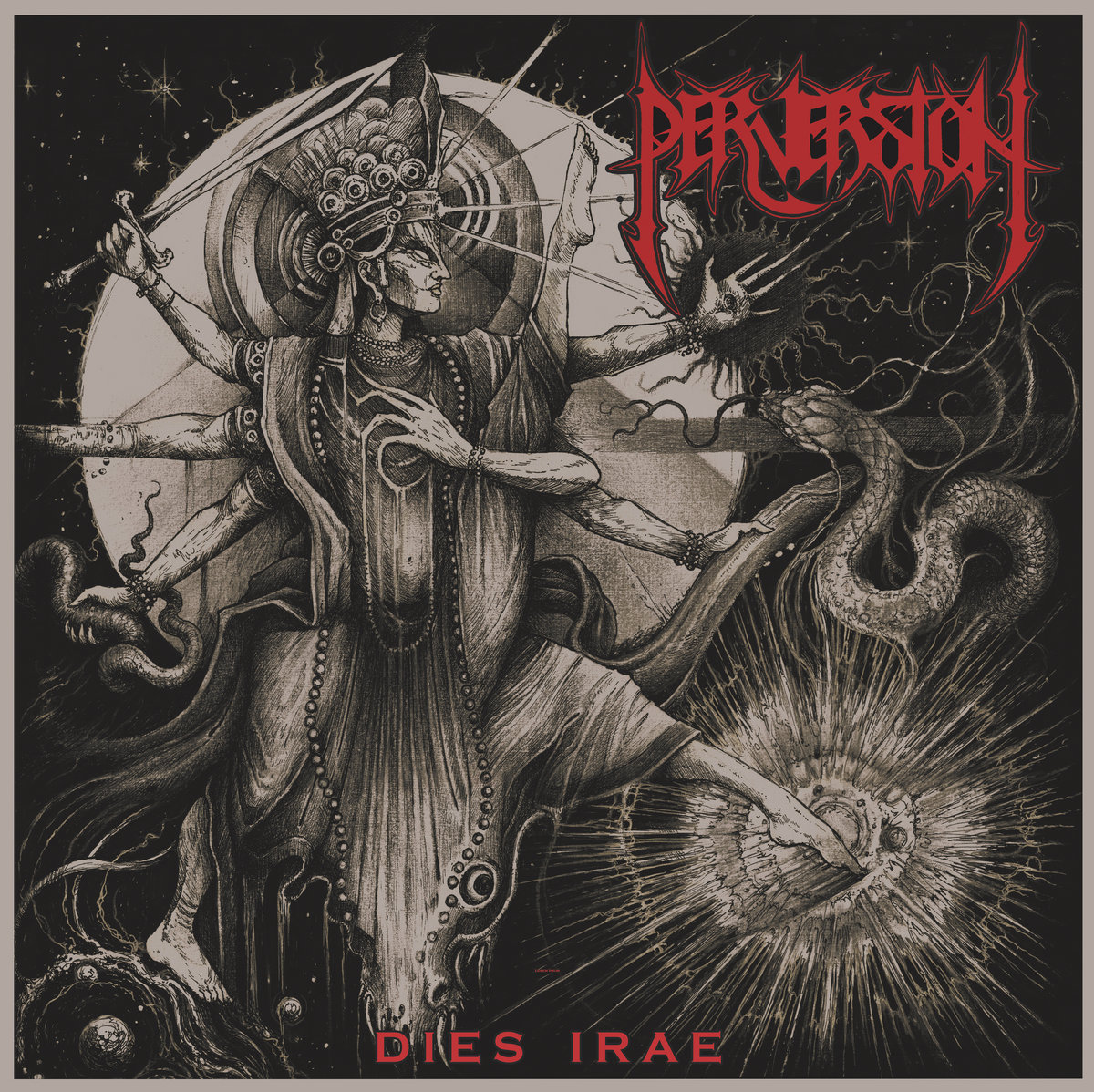 “Dies irae, dies illa. Solvet saeclum in favilla“. The first words in the Latin Dies Irae, the Day Of Wrath, they translate to “Day of wrath, oh that day the world will turn to ashes”. The full text is full of suffocating fear of the resurrection of the creator who will pour out his wrath on humanity on the Day of Reckoning. The original text dates from almost 1000 years ago and has for many centuries been an inexhaustible source of inspiration. Not only has it been used many times in (classic) literature and was it captured on canvas by classical painters, it also inspired many composers to write profane music for it. The best-known of those pieces are Mozart’s magnum opus, the ‘Requiem’, Gustav Mahler’s Second Symphony, Saint-Saëns’ ‘Danse macabre’ and Guiseppe Verdi’s ‘Requiem’.

To that list of the world’s most influential composers, we can now add Hells Headbangers recording artists Perversion. This Detroit, Michigan, USA-based orchestra kicks off their second album with an intro borrowed from Verdi’s take on ‘Dies Irae’, but then unleashes their own sophisticated symphony on us. The swirling result is a Ross Bay Cult-like mix of Black, Death and old school Thrash Metal. The adoration for bands like Sarcófago, Beherit, Archgoat and Blasphemy splashes off on all sides. However, the band does lean a bit more towards Black Metal and Thrash Metal than, say, Teitanblood, Proclamation or Vomitor, so a slight comparison with Desaster’s best mid-era albums is certainly not out of place. And the band is clearly not averse to a bit of Slayer-esque Thrash Metal, the chopping Kerry King riffs and screaming whammy solos can be found in basically every song. Incidentally, none of this is news to those who had already corrupted their souls with their first album, ‘Storm Of Evil’ released in 2013 by the goofily named Bitchy Witch Records. The band has now found a new home with Hells Headbangers, a stable they more than fit into. The perverted Pete Gibbs (drums) should know that too, since he had also found shelter with Hells Headbangers with his other filthy band, Shitfucker.

Fans of the above-mentioned bands as well as, for instance, old Brazilian school Death/Thrash like (very) old Sepultura and Mutilator can’t go wrong with this either. It may have taken the band almost a decade to come up with a successor to ‘Storm Of Evil’, but the result is worth it and fits just nicely between Verdi and Mozart’s Requiem’s. Amen. (FelixS)