Druid Lord – Relics Of The Dead 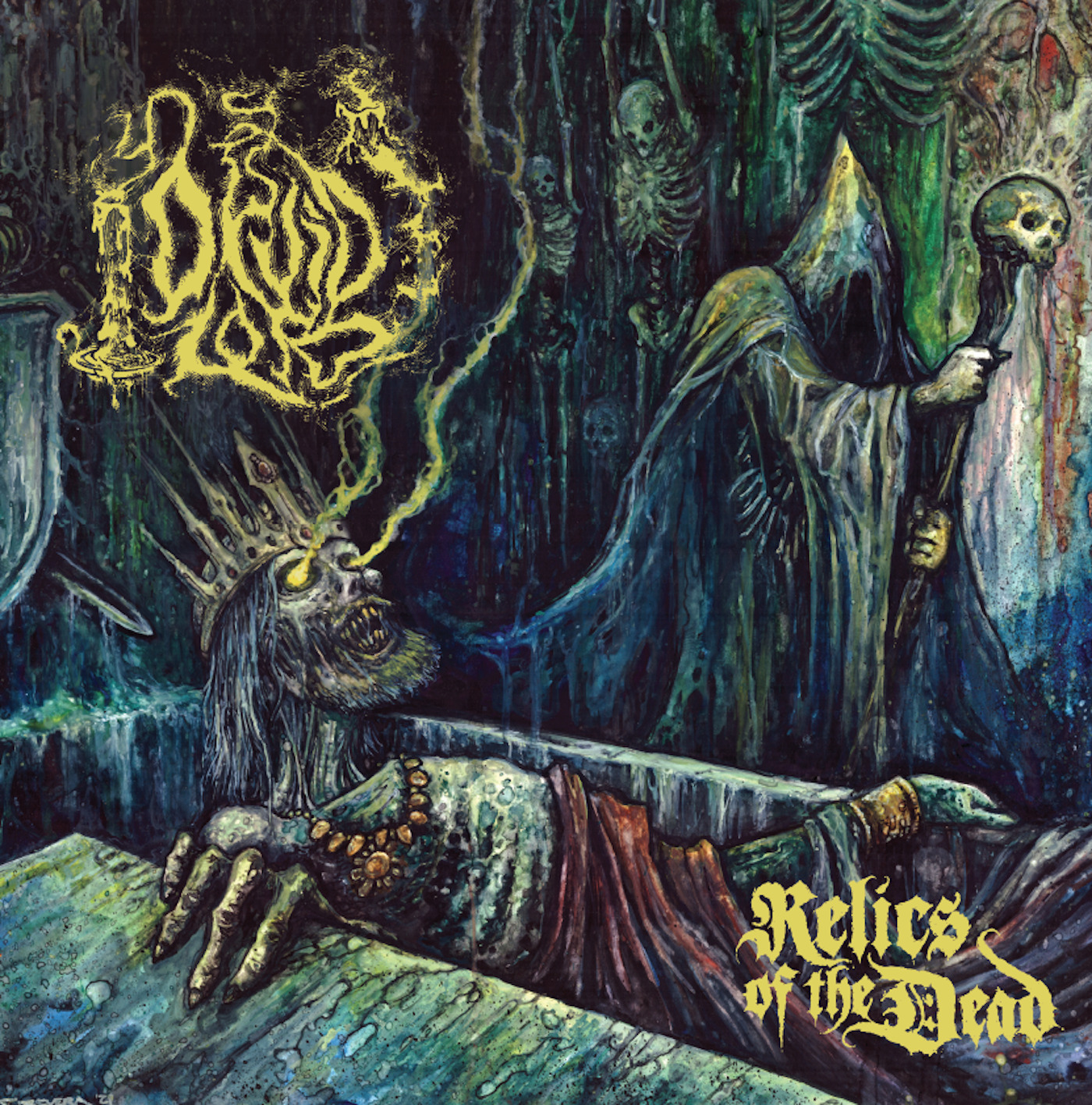 When Druid Lord first hit the scene around 2010 with quite a few releases in only a span of like three years, it was expected that the guys would keep up this steep working pace and become one of those bands that kept on releasing EP’s like it is nothing. Much like a few other bands from that same period of time, like Coffins, Anatomia and Decrepitaph. None of that seemed to be the case, because after the 2013 ‘Baron Blood’ 7” EP (on the recently resurrected Doomentia Records), they slowed down quite a lot. In fact it took the band until 2017 to come up with their second full-length and the next releases were both in 2022. Coincidentally or not, this year’s first release was a split 7″ with Anatomia and now they are ready to spawn their third full-length record, again through Hells Headbangers.

About that decade ago I was quite charmed by these Americans’ take on the Death/Doom genre with a tasty Old School sound and a good sense for classic horror themes. But as the years passed, I grew to the idea that my initial enthusiasm on the band was more based on the overall hype for the Old School Death Metal that was buzzing around in the scene. There were so many great bands and labels that were releasing the one classic after another. But in hindsight, not all of those classics actually stood the test of time that well or can be seen as (new) genre classics.

One of the bands that kind of fell through to me is Druid Lord. Though by no means a bad band or whatsoever, but it certainly has not that much of greatness going. Of course, there are a lot of smooth and tasty chugging riffs and grooves. But when the music is really well dissected, there isn’t really much left. The tempo is usually low to mid-tempo at its fastest, so it loses dynamics and the songs threaten to sound very similar and become quite interchangeable. That is also the case on this new, third album. There are definitely times when it’s hard not to nod your head to the tempo, but when the album is over there’s nothing I can really mention that really left an impression. However, it doesn’t have a bad aftertaste, it’s just not very great. Musically nothing has changed compared to the previous recordings that is really worth mentioning, despite the many years that have passed between them. The atmosphere is still brought by the slow and slightly dissonant guitar and keyboards and is still the same: doomy but never really scary or impressive. My last comment concerns the vocals, which are neither powerful nor deep and just as little convincing as the rest of the music on offer.

I am quite sure, though, that a lot of people will just scoop this up like anything else the band did before. Which I kind of understand, because Druid Lord uses all the right ingredients but in the end it just doesn’t seem to stick. I am quite sure that such a split EP as the one released earlier this year, might just work a little better because of the short and more powerful character of the format. This third album is just doing very little and that is, frankly, just a pity.