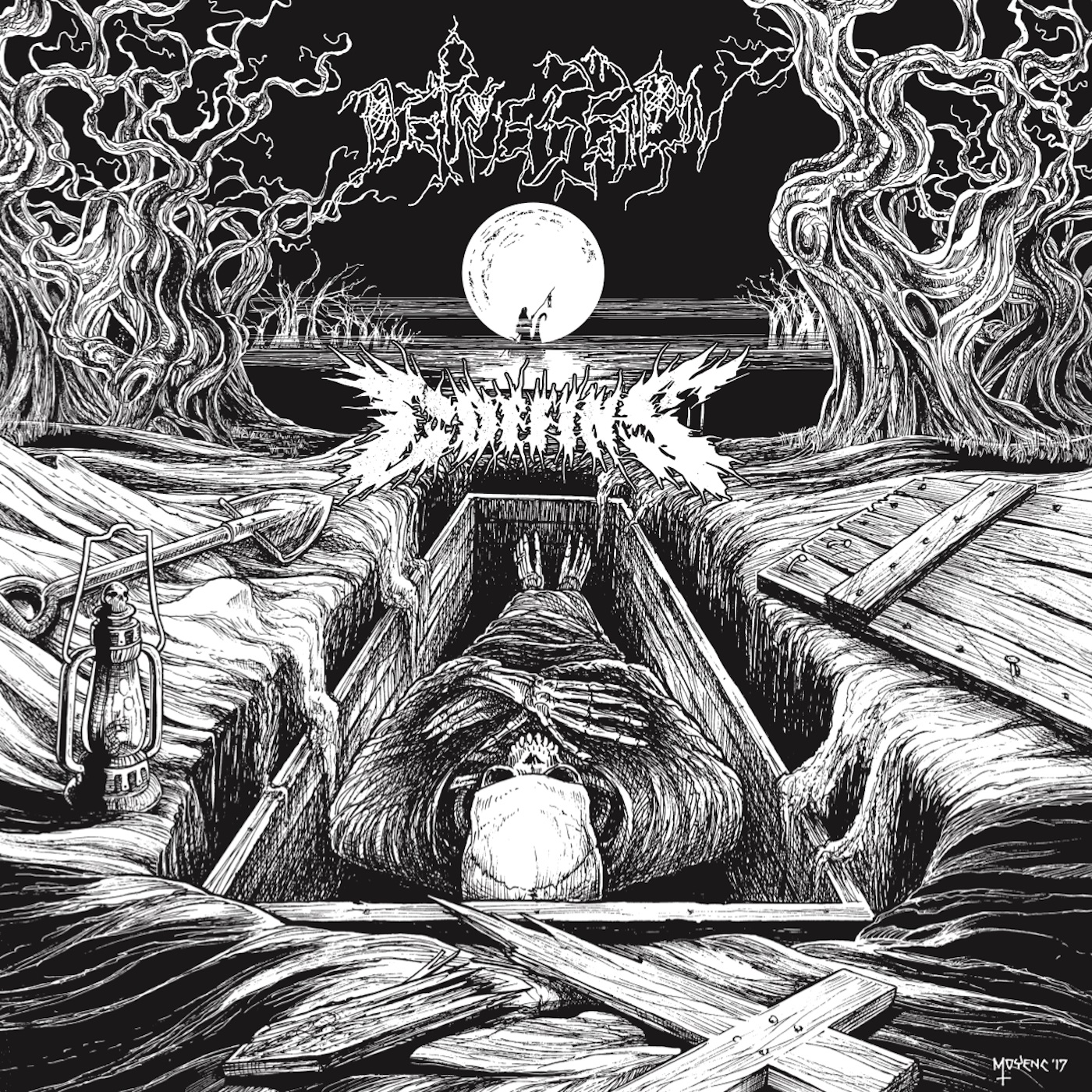 Two of Death Metal’s most prolific bands teaming up on one split release. What can possibly go wrong?

Coffins opens the split with their three tracks. Basically Coffins needs no introduction, as a matter of fact, I think I can also let these songs pass by without wasting too many words. Because you are reading this, I assume you are familiar with these Japanese masters of low-end, rumbling, grooving and utterly brutal Old School Death Metal. And since you are familiar with the band, you know that Coffins always deliver. The only significant difference is that the music on offer may be a bit rawer in sound than the other time, but the core business of Coffins always stands proudly. And in that proud tradition, these three songs are no exception. A pretty good production makes these songs knock you silly and to top it off you’ll get a cover of Grave’s classic ‘Morbid Ways To Die’.

Together with Blood, Depression is one of the longest-standing Death Metal bands from Germany. And like their compatriots, Depression also brings a mix between Death Metal and Grindcore, with the balance tipping a little more towards Death Metal at times than others. Yet the later releases are increasingly Death Metal oriented. It is in that setting where we find these six songs. Mid-tempo Death Metal with a grinding guitar sound and a wide palette of different vocals. For me personally, it must have been around the year 2000 that I bought my first Depression tape and the nice thing about this band is that they have always remained recognisable. So whether I listen to that tape (‘Erinnerungen’ demo, 1995) or the songs from this split, it’s overwhelmingly Depression. The amount of Grindcore may have decreased and it all sounds a bit better, but the musical intentions, as with Coffins, have remained the same. Speaking of Coffins, Depression also brings you a Coffins cover in the form of ‘Altars Of Gore’.

So, what went wrong? Well, absolutely nothing. Bon appetit.