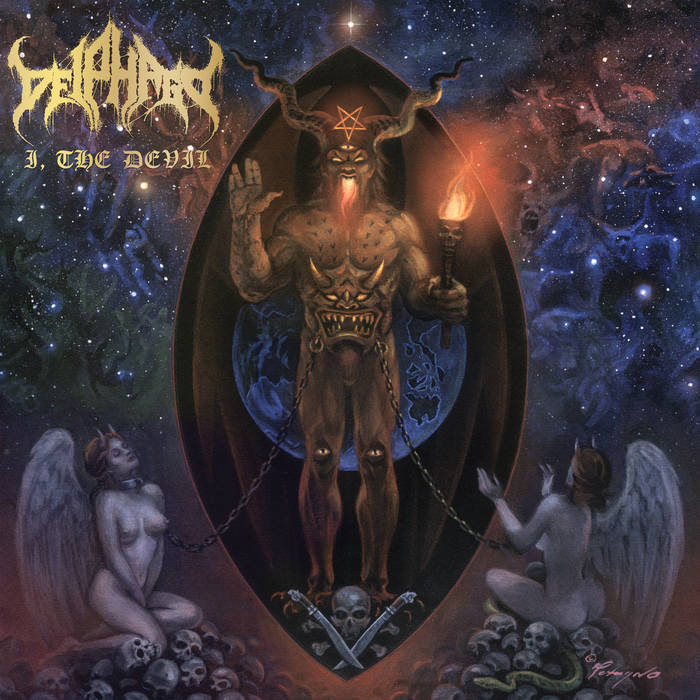 The chaotic horde from former Philppines, now Costa Rica, are back with their fifth album. And sometimes the titles are more than fitting. “I, The Devil” as it`s called is pure chaos and destruction the way you like it from Deiphago. The package is top notch again with the cosmic artwork, poundering production with a metallic and ultra fat bassguitar tone, aggressive guitars, fast demolishing drums and vomit puking vocals for oral fetishists.

This is probably the first time I listen to Deiphago and think, hey , this time they’re even some sort of catchy. Why? It`s still a mess, also thanks to the mix and the rapid fire grindcore spitted lyrics, but the guys incorporated more groovy passages and even some not so dissonant riffs. There is more variation overall the record while still remaining true to their sound. The band “evolved“ in song writing, execution, production and made a fukking killer record (“Chaos Protocols” ripps god damn…). The 80s sounds incorporated into their grinding Black/Death is not only to honour the past but fits the overall sound quite good. Fans of Deiphago will like it I think, and maybe even some more that didn`t get warm with`em before. Well done maniacs! (DPF)