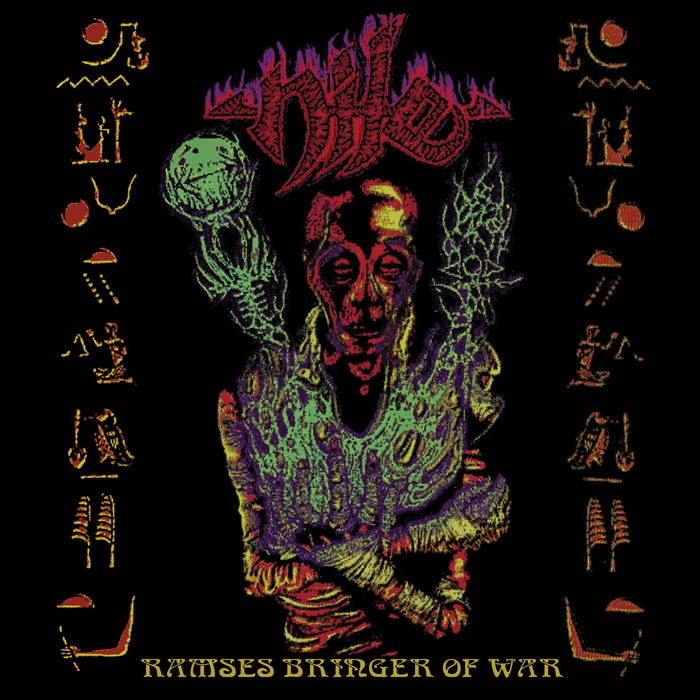 Before Nile took the Death Metal scene by storm with its debut album ‘Amongst The Catacombs Of Nephren-Ka’ in 1998 and their sophomore album ‘Black Seeds Of Vengeance’ two years later and leaving a lasting impression on almost everyone into Death Metal at the time, the band had released two demo’s and an EP. Having been spread only in small quantities and in rather intimate circles, not many had the chance to ever hear Nile before their Relapse Records’ debut album. But, since the band had grown into the colossal Death Metal juggernaut it became halfway in their career, the interest in the bands’ earlier work started to grow.

This resulted in quite a few re-releases and compilations of the most ancient Nile recordings. Labels like Hammerheart Records and their former hosts of Relapse Records had brought the recordings back to bigger audiences. The newest of these re-releases already dating back about ten years, Hells Headbangers is bringing them to you once again.

The first of two re-releases is this 3-track demo tape from 1996, ‘Ramses Bringer Of War’. While not being their very first recording, with a self-titled demo tape and the ‘Festivals Of Atonement’-EP preceding it, it is regarded as one of the bands’ strongest early outings. While the ‘Festivals Of Atonement’-EP sounds a little damp, ‘Ramses Bringer Of War’ started to show Nile’s real intentions, musically. A much fresher sound enabled the band to propel itself into even more technical territories, while at same time further enhancing their music with the Egyptian elements. Although the band always had that technical approach to the genre, not too far removed from Long-Island Technical Death Metal pioneers Suffocation or the Canadians of Gorguts, but it was from ‘Ramses Bringer Of War’ that the band seemed to really cement that particular sound that they would go on and develop further. It blends their technical Death Metal with the samples, crafting an ancient atmosphere, something that would end up being their trademark sound. At this early point in their career it might not sound as natural as on their later albums, as it took the band up till their ‘Black Seeds Of Vengeance’-album from 2000 to fully master the use of samples and to deliver their majestic and rich sound we’ve grown to appreciate.

Of course, ‘Ramses Bringer Of War’ was just one of the first steps into the direction that the band would take to finally become one of the biggest commercial successes of the Relapse Records roster, but now, more than a quarter of a century later, it is safe to say that it was a very important step. It were these specific recordings that landed them the record deal with Relapse Records. So even though they’ve been made available before, it’s certainly not a bad idea to keep these historically significant recordings in the spotlight and available to anyone interested in Nile.