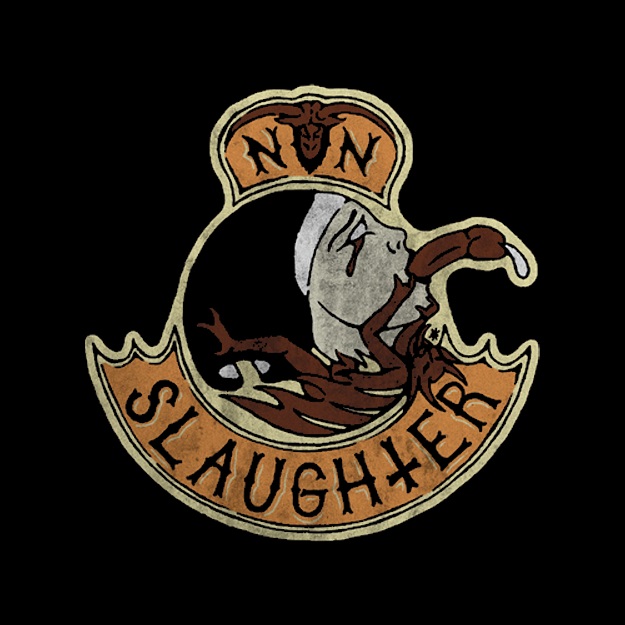 Nunslaughter “Antichrist” is a limited edition 7 inch vinyl released by Helldprod Productions featuring four tracks: “God”, “Raid the Convent”, “I Hate Christians” and “Smell the Burning Churches” re-recorded by the current line-up in their rehearsal space. These four tracks are classic Nunslaughter rippers that show why Nunslaughter have been kings of the underground death metal scene since the late 80s.

Now as far as whats new here, not much at all, they must have at least 100+ releases now of splits, demos and live recordings in their catalogue and this really is just another piece for collectors and die hard fans. I would personally recommend that instead of forking over your hard earned money on this seven inch, that you spend your money seeing Nunslaughter live instead. I was fortunate enough to catch them live on the 2018 Earslaughter Festival in Montreal Quebec and it was one of the best shows I have seen in a long while.

If you are unfamiliar with Nunslaughter then I guess these four tracks are a great introduction to the band but I would point you more in the direction of buying the albums “Hells Unholy Fire” and “Goat”, these are two classic Death Metal albums that are a must in any collection. (Ted Gloom)