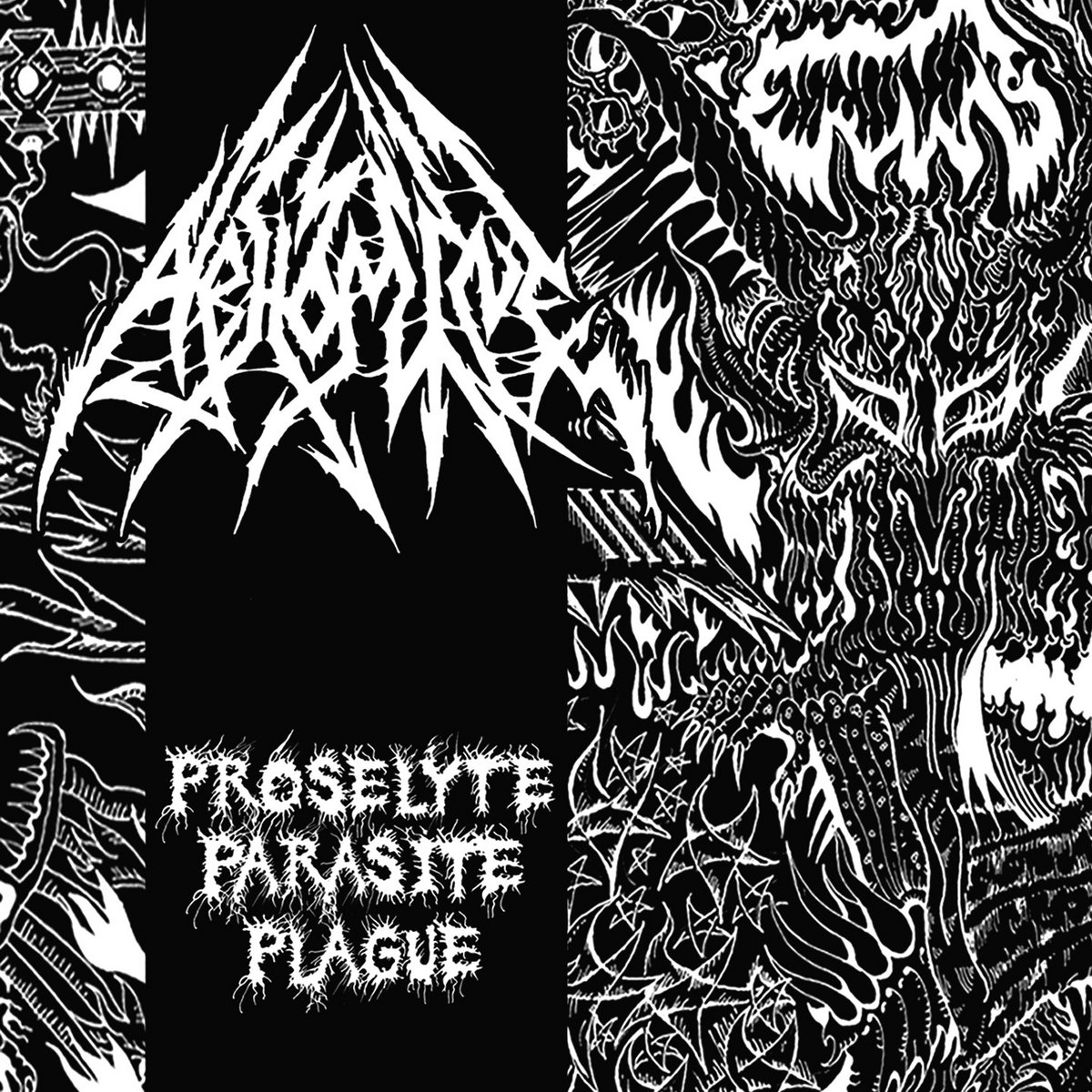 Pete Helmkamp is back with a new Abhomine album: “Proselyte Parasite Plague”. Expect raw, filthy Black/Death, disgusting as always and more disturbing than ever. For the new record Pete teamed up with The Black Lord of Crucifixion, none other than Cazz Grant from Crucifier, who handled drums and additional vocals for this record.

Although the record is short (not even 24 minutes) it has everything a Black/Death fan can desire. Disgusting artwork, filthy production…if you aren’t afraid of a natural sound with ugly distorted guitars this production is fitting perfect…and killer versatile songs with badass parts to headbang. Notable is the very interesting drumwork which has tons of ideas, be it fills, cymbal work or variation for beats. Another thing is the fluent songwriting. The songs got cool changes, nice breaks when needed and have overall groove which makes the record very like to headbang to (nice old fashioned riffs, still with those twisted disharmonic ideas Pete always had). The vocals: Pete and Cazz match very good, I always liked Pete’s voice, no doubt, and he is doing a killer job once again, but I really also would like to point out Cazz his mostly deep growls which are phenomenal on this record.

Twisted, still catchy and groovy while dissonant with cool structures, this record feels like a step further for Abhomine and shows how much is possible without constant blasting when you got skilful players.

Order From Chaos fans and the likes can grab this immediately…Great title once again. (DPF)