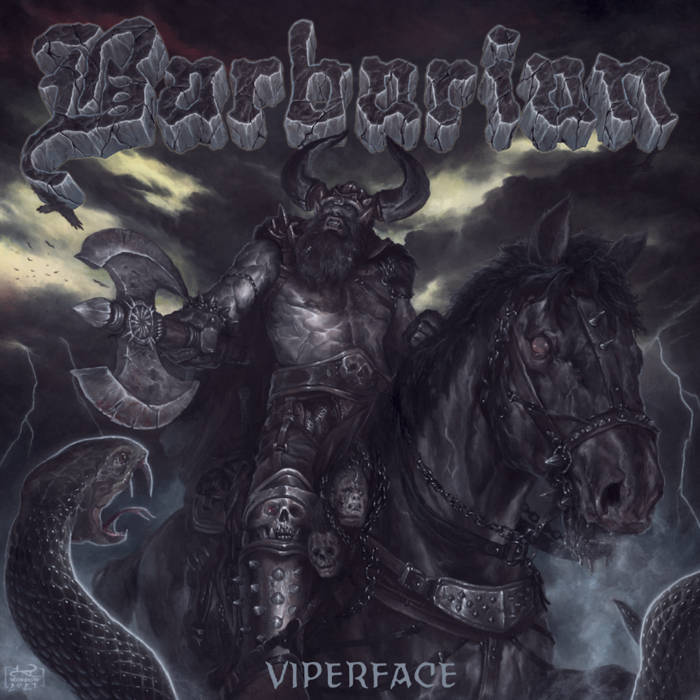 A fifth studio album from high quality purveyors of death and violence, Tuscany based Speed/Thrash/Black Metal trio Barbarian. ‘Viperface’ has been released on all formats by Hells Headbangers Records, as was their previous two albums, ‘Cult of the Empty Grave’ and To No God Shall I Kneel’.

I never come in to listening to these kind of albums with any expectations other than fast brutal riffs and a clamour of volatile drum beats, and Barbarian don’t disappoint in that department. Barbarian being Barbarian though, they tend to offer a little more than that and so exceed all expectations. Firstly there is the bouts of mid paced groove in which the band are their catchiest best, not to mention the odd splash of haunting undertone and chanted back vocals that I most definitely was not expecting to be so prevalent but which I’m glad they are! I do love chanted vocals. I must have been a monk in a previous life… a band monk obviously.

As for those key expectations I have for Speed/Black Metal albums, well Barbarian smash them to pieces with blitz after furious blitz of axe wielding violence and bass heavy rhythms. This is as fast and as direct an album as you’d expect it to be, with ravenously aggressive vocals and intense, frenetic drumming as standard!