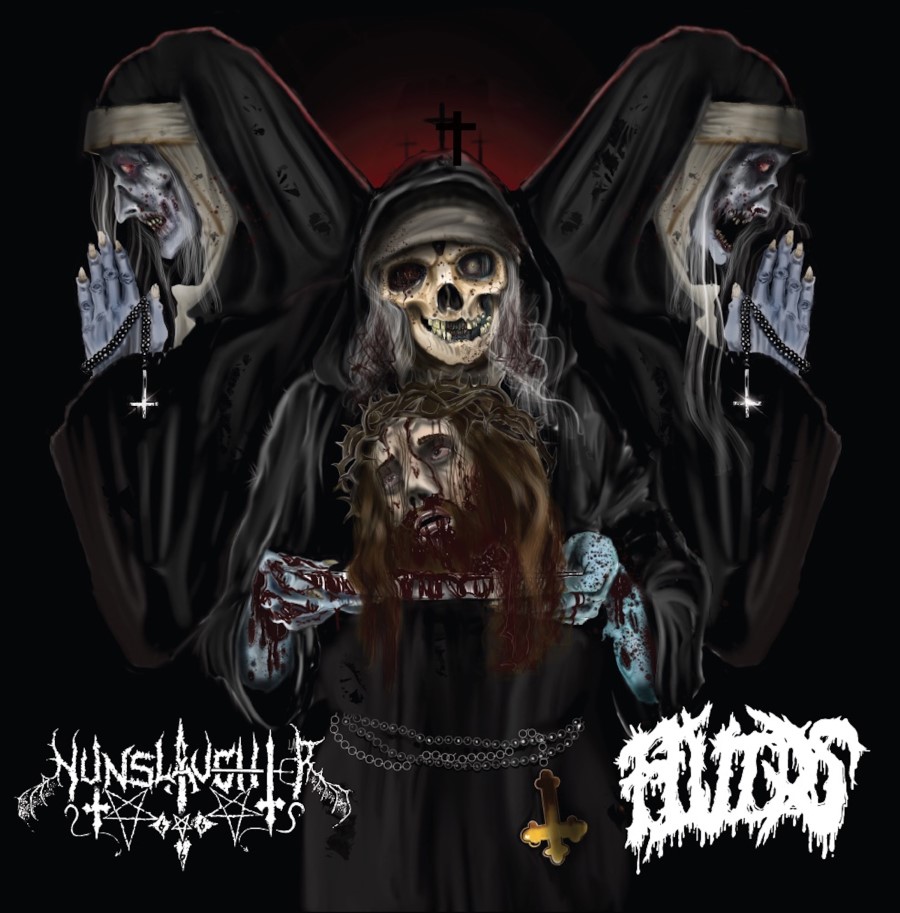 A split 7″ EP/cassette tape between two bands to who the concept of sharing a release is not exactly strange: Nunslaughter and Fluids. Although Nunslaughter has a manifold of the number of split EP’s compared to Fluids’, this relatively new band, formed in 2018, has also been quite active in releasing their Death Metal-influenced Grindcore (or vice versa, if you prefer). While the idea of putting those bands together might sound like an awesome idea on paper, the result is only meagrely successful.

Now, Nunslaughter is not exactly known for its long tracks and intricate song structures, but on this EP they do a remarkably great job of upholding their name as the kings of short and clunky Death Metal. On their side of this EP, we are presented with no less than three songs, increasing in length: starting with 30 seconds, then through 1:39 to 1:44. Together, this means less than four minutes of fast, anti-Christian fury. Nunslaughter sounds more furious than ever here and, probably with a nod to their split-partners, pretty Grindcore. A sharper guitar tone than usual and the drums give the whole thing a simple, almost D-beat-like drive. Nice change in the Americans’ extensive discography, but not something they should consider doing all too often.