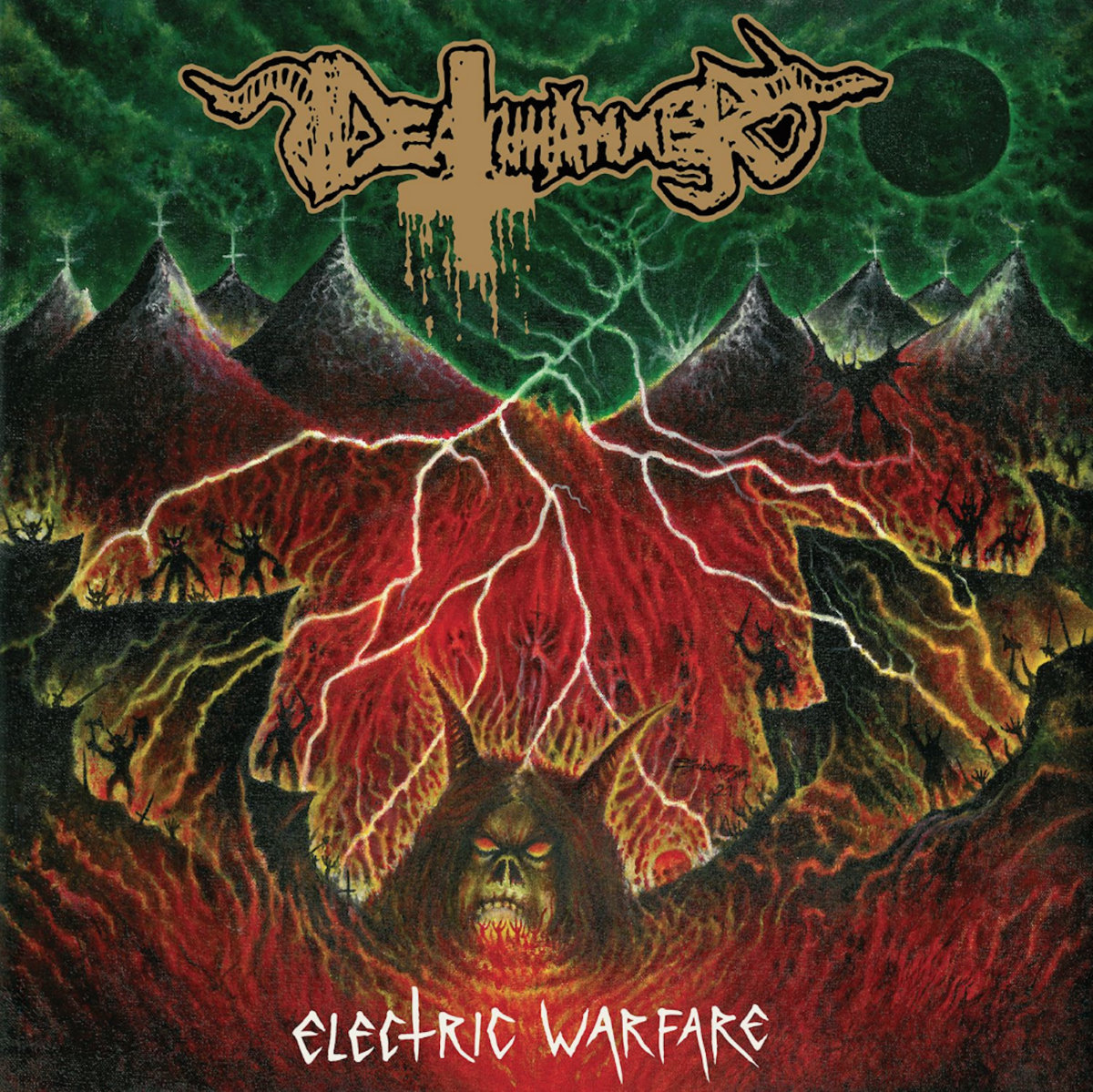 Norway’s Deathhammer have taken the Metal world by storm, crushing the masses with their intense Thrash/Speed Metal mix that blends in some of their Norwegian Black Metal culture. Raging ever onwards from release to release, the dynamic duo of Sergeant Salsten and Sadomancer are ready to unleash the fifth full-length addition to the discography, 2022’s ‘Electric Warfare’.

Right from the start of ‘Savage Aggressor’ it’s clear that Deathhammer hasn’t changed a whole lot since the last few records. We still get a fast and furious mix of Sodom, Destruction, Venom, Slayer and many more of the legendary Thrash and Speed Metal bands combined with high pitched raw vocals. It’s pretty much perfectly summed up in the aptly titled song ‘Rapid Violence’. A personal favorite of mine is the blazing track ‘Crushing the Pearly Gates’ which opens with a nice falsetto scream and has some of the tastiest ferociously fast vocals and catchy melodies the band has offered so far. Or what’s not to like about a track such as ‘Return to Sodom/Soldiers of Darkness’ which feels like a direct ode to early Metallica and Slayer. Comparing this to any of their other albums is fairly pointless. Deathhammer is, and stays, exactly the same band we have grown to love. It all comes down to a matter of taste which album gets your blood pumping the fastest. In my personal case file of blood pressure I would probably rank this among the highest along with ‘Evil Power’ and ‘Onwards to the Pits’.

I don’t think anyone listens to Deathhammer expecting to hear anything new. Sometimes progress is overrated and you just want to hear more of the same great stuff. And that’s exactly what you get. ‘Electric Warfare’ is nearly 43 minutes of fistpumping blackened Thrash/Speed Metal in the style and quality we have come to expect from Deathhammer. That’s all there’s to it, and all we really need.