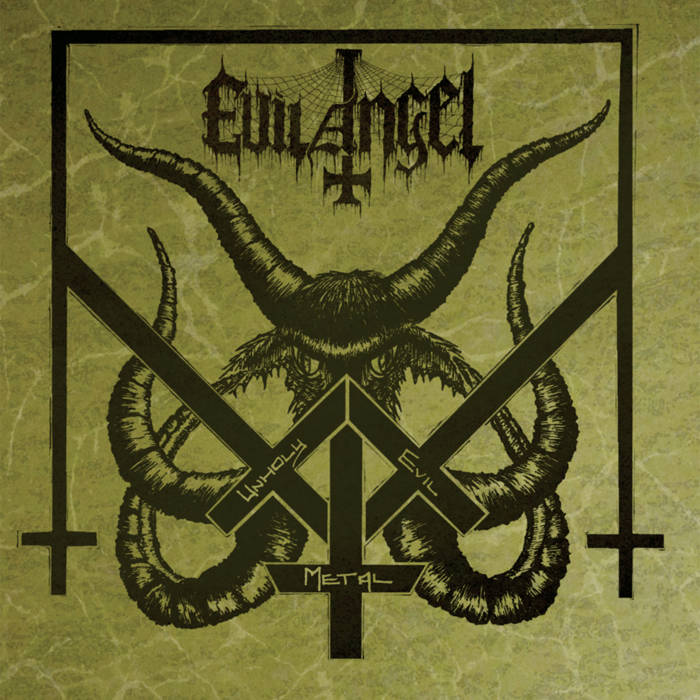 “Necro Black Mass” kick off with menacing riffing ( Hallow’s Eve? ) and the most vile vocals that spit out unpure satanic bile. This isn’t retro Black/Thrash, it’s authentic Black/Thrash as it was performed in the 1980-ies – with conviction! Influences rank from old German Black/Thrash to Bathory, Sarcofago, Vulcano, Nifelheim, Vomitor…to name but a few. Evil Angel mash it all together into an unique style of their own. The most impressive songs are the slower headbangers where one can clearly hear the Sarcofago influence: “Legions of Armageddon”, “Bestial Necromancer”, “Crawling from the Grave”.

All songs have the right amount of reverb to give it that good old 1980-ies feeling. Drums have improved as well, especially the snare drum and bass drums. The entire albums reeks of bulletbelts, spikes and utter evilness.

Conclusion : it’s a brilliant piece of work. Again: the album is too short, clocking out at 33 minutes. Then again: just hit the replay button and start thrashing around the house. (LV)