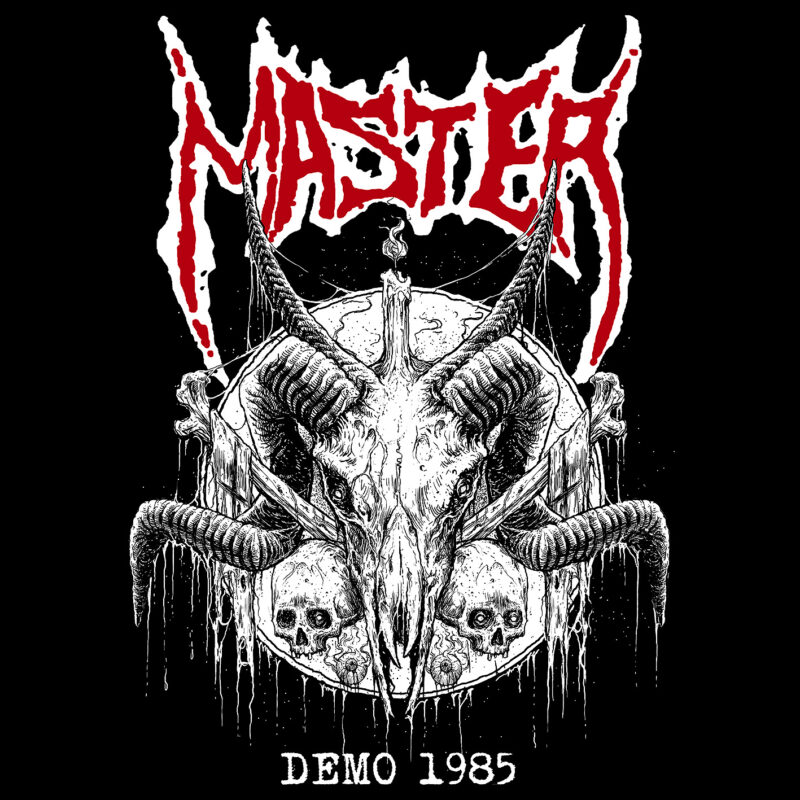 It is almost impossible and perhaps even morally wrong to leave Master’s legendary 1985 demo-tape out of a series that is called ’10 Inches Of Deathcult’, in which Xtreem Music focusses on the early foundational recordings in the Death Metal genre. On the other hand, there are hardly any demo tapes that have reissues more than this sole Master demo. It was great when From Beyond Productions issues it on CD and vinyl in 2003 (one of the first reviews I ever wrote for VM-Underground’s earliest incarnation) but it was reissued as many as eight times afterwards on various formats, including this one, on a 10” vinyl EP.

But no matter how many times it has been reissued in the past, that shall be without prejudice to the monumental status of these early recordings. When listening to these songs, it is good to keep in mind that these were recorded as early as early as 1985. This were the very formative years of the Death Metal genre. Paul Speckmann himself always claimed to be the founding god father of Death Metal, but never got the recognition for it. A claim that has been a fertile breeding ground for discussion, as many people give these credits to Death, Possessed, Necrophagia or Slaughter. Whatever the case and regardless of anyone’s personal views, fact is that these recordings have had a major influence on how the genre developed. Not only as a musical influence on all those bands that would spawn out of every corner of the world, but also as a fan favourite, as this demo is said to be amongst the most tape traded demos ever.

Because of the many official reissues that this demo got over the past decades, there is not much to say about the actual songs that hasn’t already been said. Musically the songs are very basic and plain out primitive, actually just the very same way Master sounds today, as Master always stayed true to their roots – whether or not limited by their own musical limitations. And though the importance and relevance of these early recordings are widely acknowledged, it is also very obvious why Master was completely surpassed by others in the second half of the 80’s, such as the aforementioned Death and Possessed, who put so much more to the table. But although this primeval sound has kept Master behind, it is also this sound that reflects the charm of the band so well.

Whether it were the line-up problems, trouble with Combat Records, the lack of musical talent or vision, Master got stuck in the underground and were never able to reach commercial success nor international acclaim. Almost 40 years after Master is still condemned to play small clubs and release their albums through small labels. But, they are still around, opposed to almost all other bands from the early days. And sticking to their original ideas gained them a very loyal fanbase and I think there are hardly any Death Metal fans who do not at least own one Master album.

This 10” is, again, a homage to the earliest steps of this band, whose years of struggle and persistency, which always reminds that Master is the Anvil of Death Metal (go see that Anvil-documentary), has gained them much deserved respect. So, yes, regardless the amount of reissues, ‘Demo 1985’ definitely does deserve to be part of this great 10” vinyl series.