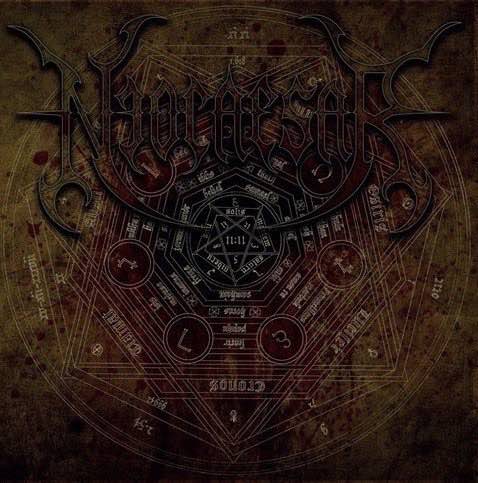 Being born in the seventies, I was one of those lucky ones to witness the first rise of death metal. One of my favorite bands back then was brought to my attention through (in my humble opinion) the best underground label of the early nineties, Nuclear Blast. In fact, almost everything NB released those days was pure gold and Sinister was no exception. Since their first album “Cross the Styx” (1992), I knew there was something special and very appealing about the Dutch quartet from Schiedam, The Netherlands. Growing consistently as a band, they released the immense “Diabolical Summoning” in 1993 and, two years later, “Hate” is released, now as a trio, with Bart van Wallenberg handling both the guitars and the bass. The original vocalist, Mike van Mastrigt, was still part of the band when the “Bastard Saints” EP was released, but not anymore when their next album “Aggressive Measures” came out. From this moment on, the band started to have some line up problems and Bart eventually left the band around 2003. Fast forward to 2014… a new band called Neocaesar was born, with Mike van Mastrigt on the vocals and Bart van Wallenberg handling the guitars. After writing four songs together, the band was completed with Eric de Windt (drums) and Michel Alderlieftsten (bass), both members of Sinister in the nineties as well. By 2015 a full album was written and later self-released on CD, and the music is no more no less than the logical continuation of what could’ve been released/written between the milestone album “Hate” and “Aggressive Measures”. So, pure classic Sinister death metal, presented as a fast and aggressive old school Death Metal as only them knew how to do back in the old days…Always on top of quality acts, Xtreem Music signed the band for a worldwide promotion and distribution of “11:11”, starting in the end of 2017, so their worldwide domination would be easier. (Antonio)