Aggression [CAN] – The Full Treatment [Re-release] 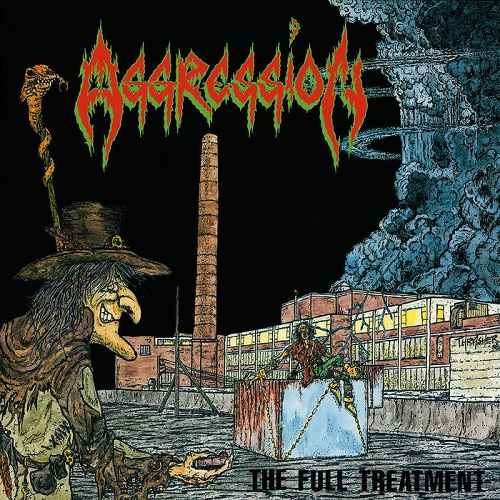 This charming piece of Canadian straightforward Thrash was first released on cassette and 12” vinyl by Banzai Records back in 1987. Underground tape traders and the ones who actually bought this album, consider “The Full Treatment” as an gem, still the album got squashed by some of the press as well. Who to believe? According to the band itself the fanbase was huge back then and saw their name back between acts like Metallica, Dark Angel, Hallow’s Eve and Slayer. But the rising star felt very hard as the band quit after drugs problems and some bad decisions in 1989. Back to the debut, well not actually the debut as they recorded a full album called “Forgotten Skeleton” a year earlier, but it didn’t got released back then. As said in the beginning of this review; it is charming. It is fast, it does not have the best production, it is a bit sloppy, gang shouts, more-80s-hardcore-than-Thrash-vocalist and it is aggressive. It doesn’t match Dark Angel’s “Darkness Descends”, Morbid Saint’s “Spectrum of Death” or Sacrifice’s “Torment in Fire”, but if those albums makes you smile, feel free to check this one out as well. (Ricardo)