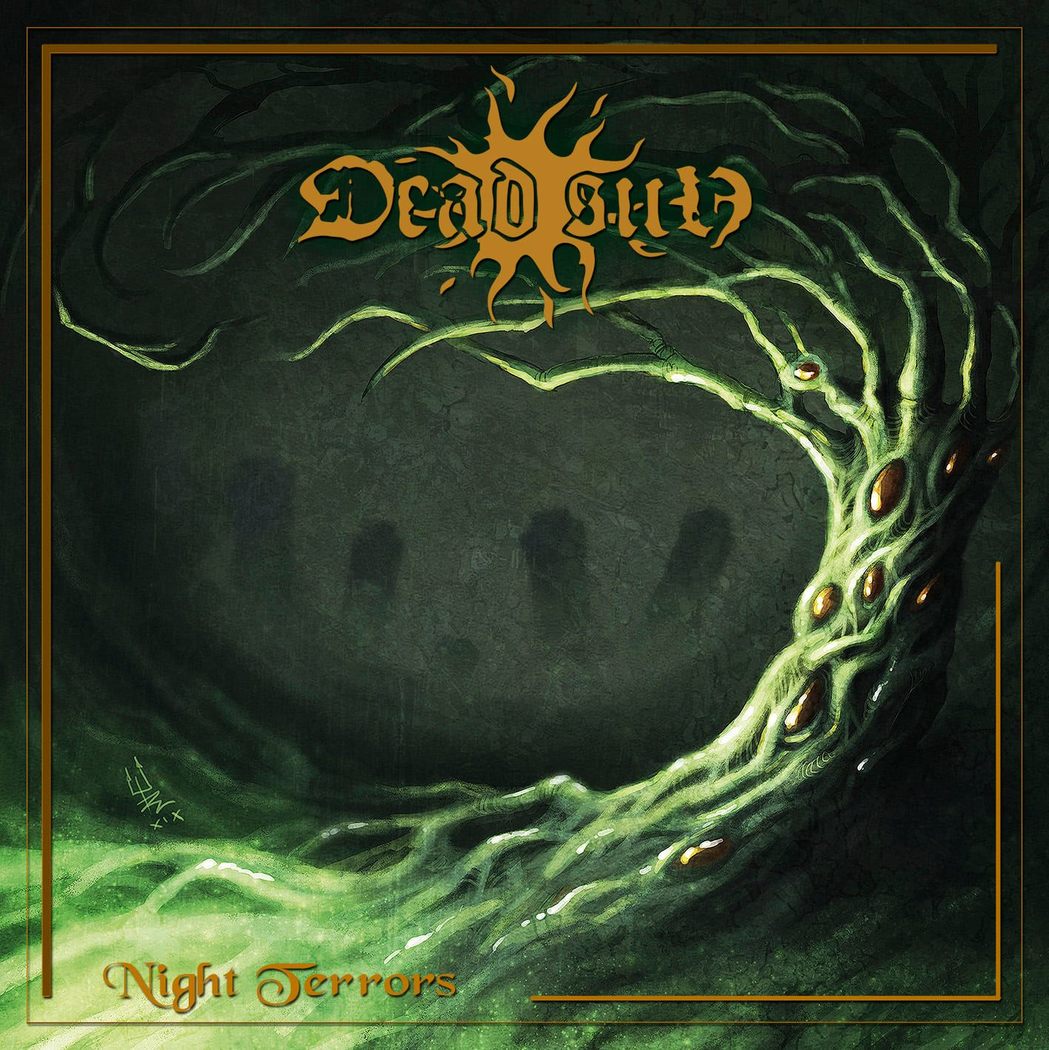 Although Dead Sun is one of the oldest bands or projects of Mister Swedish Death Metal aka Rogga Johansson, it belongs rather to the lesser known stories. But the development is also rather unusual. In 1997 and 1999 Dead Sun released a demo each, before it became very quiet for a long time. Then in 2013 suddenly an album, then in 2018 the successor, and the present album “Night Terrors” is already the fourth disc since 2019.

But if the quality is right, the man can release a record every month for all I care. Because the quality is right on “Night Terrors”. This record can score with polished melodies and strong songs. The main difference to bands like Revolting, Ribspreader, Johanson & Speckmenn or Paganizer is the rather moderate approach: on “Night Terrors” atmosphere and melodies are in the foreground, not speed and aggressiveness. Sure, it’s still Death Metal, and Mr. Johansson is also good at bawling. But only rarely is the tempo really increased in the direction of blastsbeats, rather midtempo parts dominate the songs. Synths are also mixed in, and the lead guitar concentrates on the melody. Of course, it all reminds me of Entombed in their “Wolverine Blues” and “To Ride, Shoot Straight And Speak The Truth” phase (also because of the unmistakable HM2 guitar sound), but that wasn’t really bad either, was it?