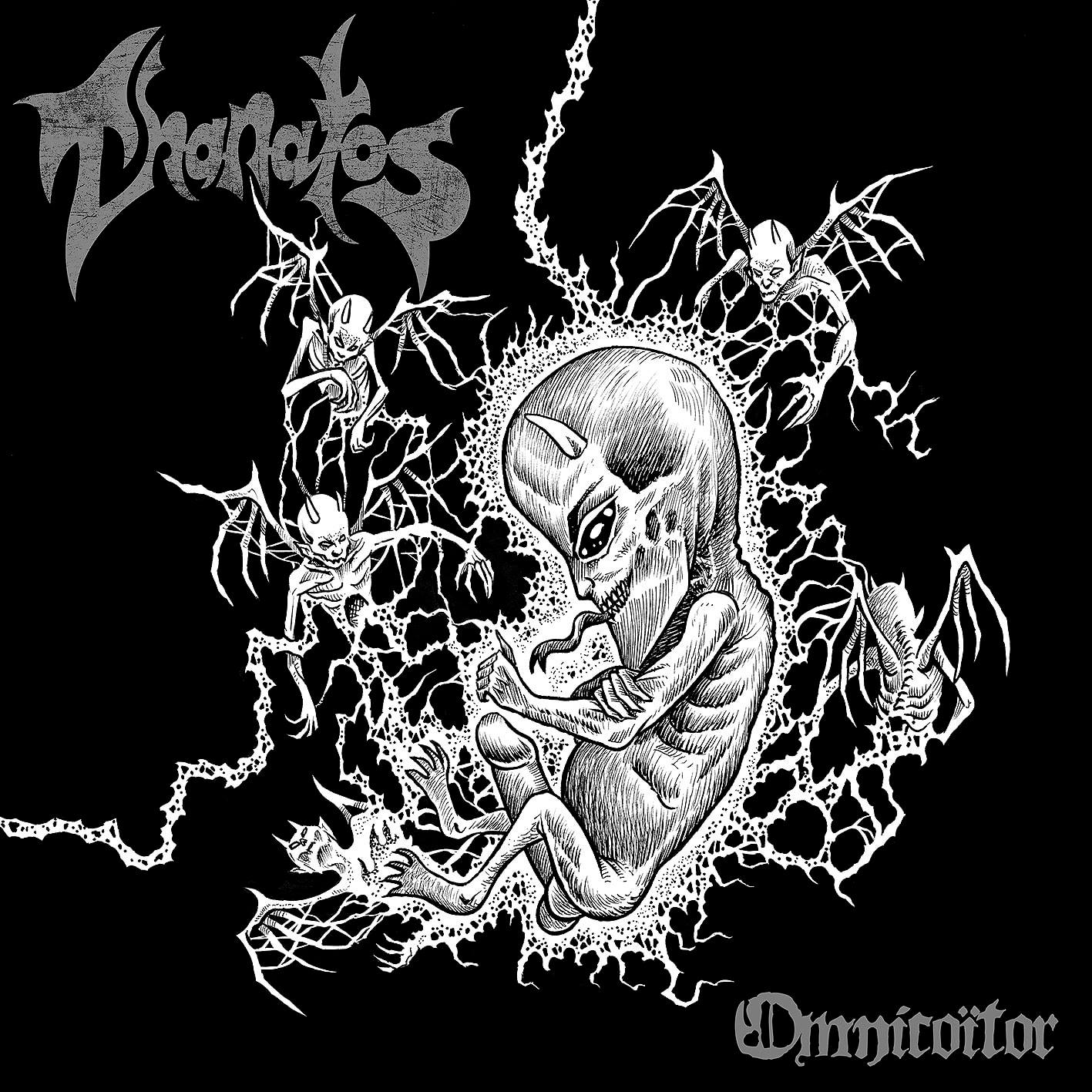 A series that is called ’10 Inches Of Deathcult’ would not be complete without Hollands’ self-proclaimed initiators of Dutch Death Metal. Though the band was already founded as early as 1984 and have been releasing demo’s throughout the 80’s, the material on this 10” EP is the bands’ final demo tape from 1989, ‘Omnicoitor’. These tracks are the most representative for the Thrash soaked Death Metal that they would play on the first two records, ‘Emerging From The Netherworlds’ (1990) and ‘Realm Of Ecstasy’ (1992), after which they folded, only to re-emerge about seven years later.

Thanatos never sounded as blunt and heavy as Gorefest or Sinister, or as technically sophisticated as Pestilence or as doomy as Asphyx or The Gathering. Instead Thanatos always had this aggressive thrashy Death Metal sound, not much unlike Possessed, Dark Angel or Sadus, hereby hailing the classics of the 80’s like Slayer or Venom. With this sound Thanatos had more in common with fellow Dutch countrymen Dead Head, who also started to release demo’s around 1989.

The four demo-tracks are on the A-side of this EP and shows the potential Thanatos had by the end of the 80’s. Intense, wild and well executed Death/Thrash that had very few equals in the Dutch scene. Though compared to international peers, they are outclassed by many. Combined with the rest of the Dutch scene that got more brutal and extreme by the year and making sound Thanatos a little outdated, this may be the reason why the future for Thanatos wasn’t as bright as one hoped. Still, these early tracks are pretty tasty, maybe even more now than it was when they were released, as, in hindsight, Thanatos really brought something else to the table compared to most of the other Dutch bands.

The other side of the EP has three live tracks, recorded in Arnhem, The Netherlands, in December 1990. Most remarkable is the rather good sound, which makes it worth a listen. The well done Death-cover, ‘Pull The Plug’, is a nice bonus as well.

The lack of success of the band was often blamed on Shark Records, that released the 1990- and 1992-albums, a label that was said to have failed to properly promote and distribute their records in the late 80’s and early 90’s. But it could just as well have been the development of the musical environment, as set out above. Whatever the cause, the band decided to throw the towel in 1992, leaving a musical legacy that has remained mostly overlooked. For that reason alone it is good to have this 10” EP as an homage to Thanatos’ early works. (FelixS)