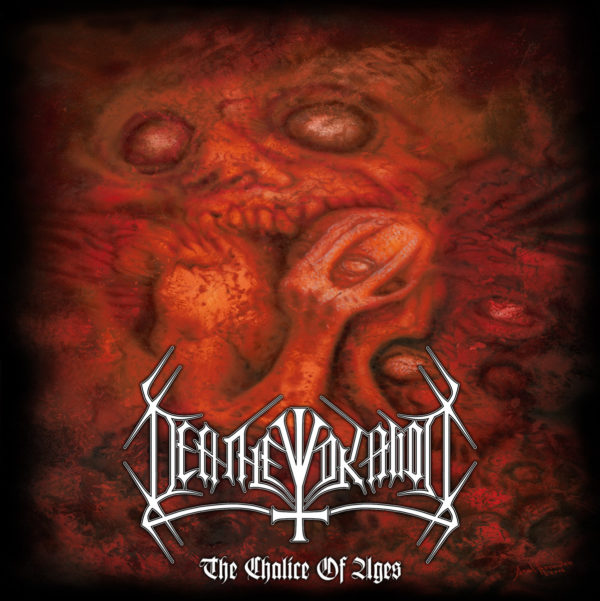 It is quite staggering just how many high quality death metal albums this writer has been fortunate enough to hear this year, with Master, Nile, Kronos, Entombed and the mighty Immolation producing what may be some of the best material this scene has spewed in years.  What a surprise, then, to come across a little known act from California named Deathevokation, whose debut full length for Xtreem Music “Chalice Of Ages” is (almost) up there with the big names of the genre, toppling buildings with their old school death metal attack.

For a reference of sorts think old Entombed, Dismember, Grave and Hypocrisy (when they were good) and you’re somewhere close to imagining the bludgeoning attack of “Rites Of Desecration” and “The Monument”.  Refreshingly simple but in no way tiresome these barrages of mid-heavy riffage and well-paced drums will take you apart limb from limb, all interspersed with tasteful melodic lead lines and vocals that you will feel rumbling in the pit of your stomach for an eternity.

Regardless of the fact that “Chalice Of Ages” spans at just over an hour in length, there is enough substance and depth in these nine tracks to give them each their own identity, balancing well the tried and tested mixture of brute force and somber melody.  Going from the epic “Embers Of A Dying World” to the eerie doom of the title track, and back again to the ultra brutal “Infinity Blights The Flesh” Deathevokation most certainly know the benefits of writing songs that actually sound like songs, instead of the often over-technical crap that infiltrates this genre from all sides.

Deathevokation have essentially provided here the perfect album to slot between your copies of “Left Hand Path”, “Gothic” and “Like An Ever Flowing Stream”, which if out at around the same time would now without a doubt be a classic in the genre.  Overall, a great debut from a band that you should definitely get to know.  (DaveW)