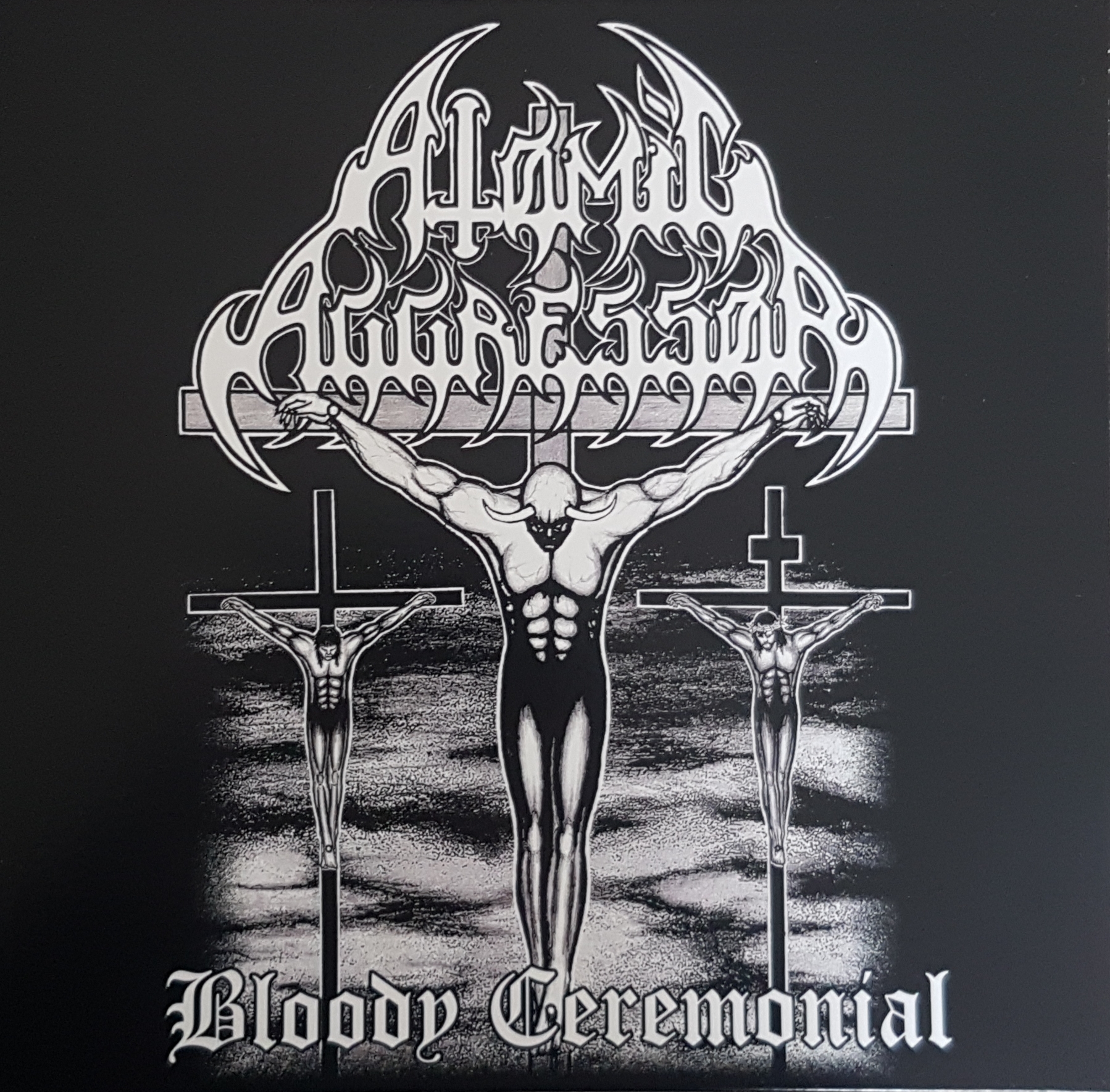 Long before the Chilean extreme metal scene would really explode into hundreds of more than interesting Black Metal, Death Metal and Thrash Metal bands, there were a few individuals paving the way for what would come later. Those folks formed, with all evil intentions, bands like Pentagram, Totten Korps, Sadism, Death Yell and Atomic Aggressor. With a sound that is hard to specifically pinpoint, they all formed the Chilean counterparts of European bands and, for instance, also the violence of their Brazilian neighbours of Sarcófago, Mutilator and Sepultura.

The ’10 Inches Of Death Cult’ series saw the release of Atomic Aggressor’s first demo tape, ‘Bloody Ceremonial’. And that they, as the first Chilean band in the series, certainly do belong in there became clear when, of all the then 21 released volumes in the series, exactly this particular 10″ sold out the fastest. So fast, in fact, that most interested parties missed out. Like all the other releases in the series, this one was also initially pressed in 300 copies, but it soon became clear that this was not enough. As the only exception, Xtreem Music decided to repress this title: another 300 copies were made available, so yours truly was also able to get a copy.

Musically, Atomic Aggressor brings a fanatical-sounding mix between Death Metal and Thrash Metal, but in which, as with so many acts of the time, some touches of Black Metal can be detected. Extreme metal around that time was simply extreme metal, the desire (or need) to label it all separately came about only a little later. Anyway, the four songs presented on this demo tape were in no way inferior to their compatriots or even genre rivals in other parts of the world. It is surprisingly tightly played and also in terms of sound, ‘Bloody Ceremonial’ offers much more listening comfort than the average 1989 demo tape. Fans of bands like Master, Possessed, pre-‘Altars Of Madness’ Morbid Angel, Blood Feast, Nihilist and, for example, Peruvian Mortem will also definitely appreciate this demo. Apart from that, with the popularity of the reissue of this demo tape, it does prove that the impact of Atomic Aggressor is still felt today and that is certainly not unjustified given the quality of them four tracks.