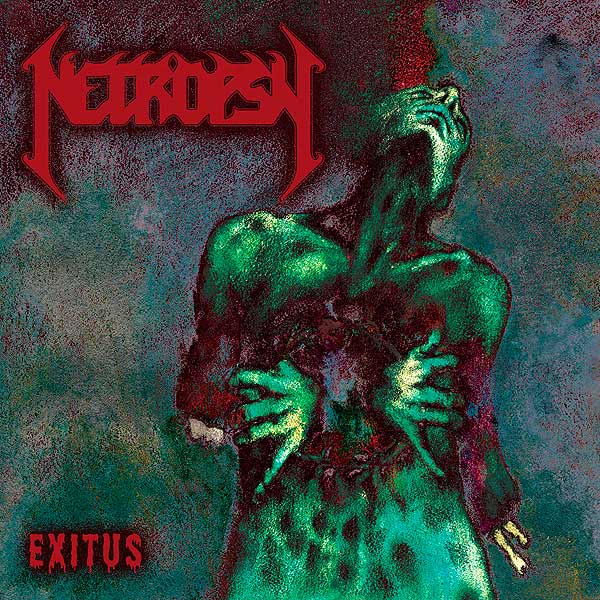 This is a very underrated band from Finland since it’s inception in 1989. The band broke up and reformed in 2008 and the newest release is just over 22 minutes of filthy and crushing Doom laden Death.

The first song “Meat Ceremony “ is so heavy and the vocals are for sure different than a typical Death Metal bands growl. Nice guitar melodies over the heavy riffing in the back ground has that slight Autopsy and early Unleashed feel almost at times. The single note open string guitar grooves show the band is not afraid to inject the music with things other than a typical Death Metal band formula. Moving on with songs like “Fucking Dead” it is more apparent this Autopsy and Unleashed influence yet almost in a Black Sabbath Doomy sort of way. “206 Motives” does make me want to hear these Heavy Doom riffs by now played in a power chord rather than the single string style they seem to prefer but that is what sets these guys apart from the pack. The evil guitar Harmonies actually at this point make me think of bands like Gorefest minus the fast parts to continue making comparisons so the reader has a more clear understanding. This track also has a very nice guitar solo in it that makes me wish the band used more of it in the other songs. Lastly the track “Butcherado” picks up the pace nicely and also contains a very cool guitar solo. In my opinion this final track of the EP is the best song. The drumming on here is simple, solid and effective faster tempo playing in a style reminiscent of something from a band like Dismember but without the drum rolls and fills. I wish I could hear an album like this final track being the dominant playing from these guys and some of the Doom stuff added in.

Having said that, I would highly recommended this to anyone who prefers a more Doom release from a Death Metal band. Overall it definitely wasn’t bad. Definitely worth a listen and I would not be surprised if I heard this more it ended up sounding even better. (Evil Mike)