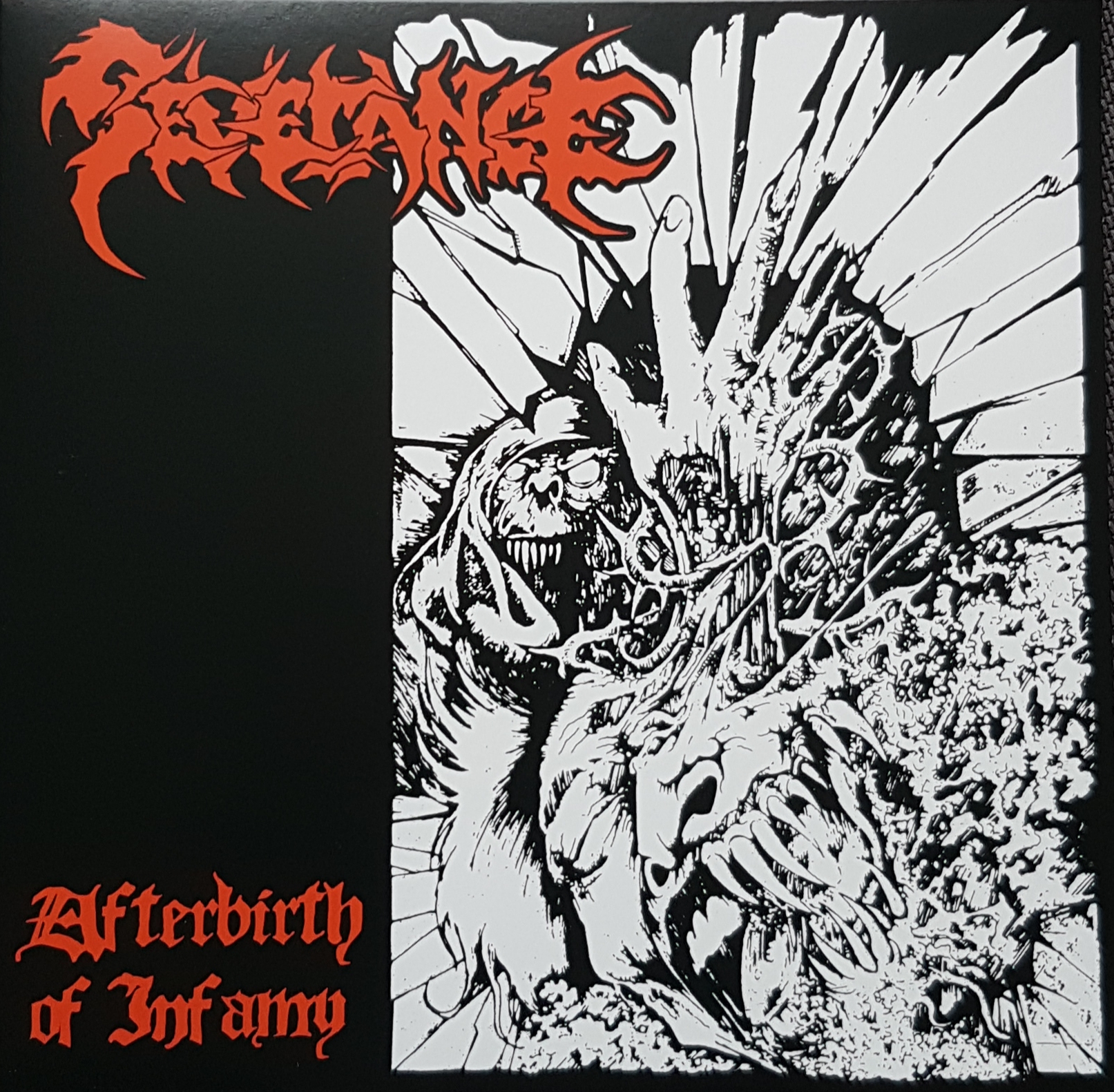 Xtreem Music offers another dive into the deepest underground Death Metal of the early 90’s with the reissue of Severance’s ‘Afterbirth Of Infamy’ demo from 1991. It is not too surprising that Xtreem Music also added this Texas, USA based Death Metal to the 10” series as Xtreem Music’s predessor Drowned Productions was responsible for the band’s first proper release, their ‘Abysmal Ascent’ 7” EP from 1992, which today is a rather sought-after item. Yet on this 10” EP we do find the recordings that landed them that deal with Drowned Productions, the ‘Afterbirth Of Infamy’ demo from 1991.

These early recordings do have that distinct American Death Metal sound, not so far removed from the earliest Broken Hope recordings, also Banished may be a suitable comparison. Yet, they sound less dark, but they do offer the same sort of riff-based Death Metal with a screaming guitar lead here and there for good measure. Of course the songs are a little naïve in this early stage of the band’s development, listen to the start of ‘Decimation’ for instance, but the band’s potential was clearly shining through already.

Although the band never made it really big, they certainly contributed to the American underground Death Metal scene. You can randomly check a few thank lists of those early demos, EP’s or debut albums, chances are high you do run into the name of Severance. They have been gigging around a lot too, sharing the stage with the likes of Morbid Angel, Mortuary and Devastation (TX). Listening back to this demo, you can easily see why.

Personally I only have that ‘Abysmal Ascent’ 7” EP, so I was more than happy to play these even earlier tracks and hear where the band was coming from. So, another job well done by Xtreem Music by dragging one of the many (almost) forgotten bands a bit out of obscurity.