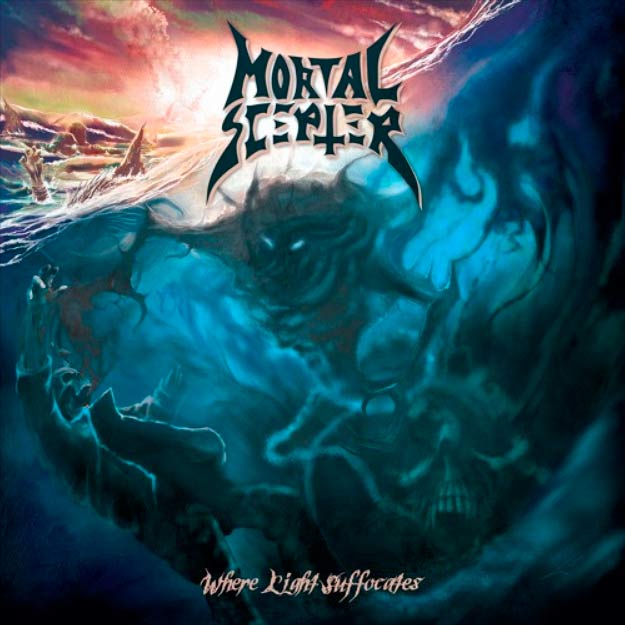 France is not exactly known for their metal, and in particular, Thrash Metal bands. There are French bands worth listening to though, they’re just not really known. Mortal Scepter is one of them. Like most European Thrash, the German scene and especially Destruction seems to be their biggest influence. The sound production and riffing are almost directly derived from Destruction’s second album, “Eternal Devastation”. Although the vocals are different. The riffs are relentless and there’s obviously no refining required.

This is intended to be right-in-your-face old school Thrash Metal and that’s exactly what this is. Even some 90’s Black Metal elements are present, some Death Metal elements too. This may be an old school band but the fact that they formed relatively late allows to include some different influences from throughout the decades. At first this album may come off as a little rushed, because there is a lot of focus on speed and typical Thrash riffs. Listening to a few more tracks you hear more nuances, some more mid paced passages and well thought out lead guitar parts. Overall this sounds like a standard old school thrash release (effective but not overly memorable), that would be worth checking out if you’re into that kind of stuff. (Jelmer)