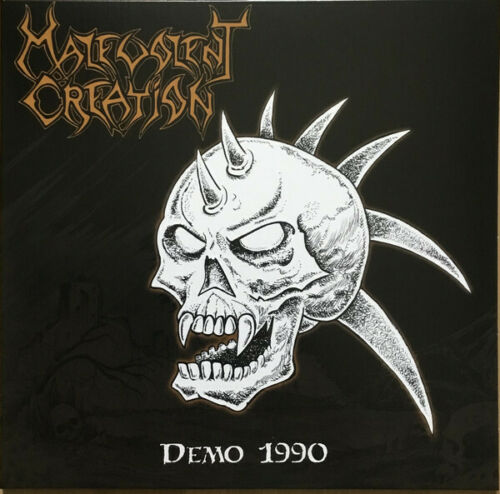 Ever since Death Metal band Malevolent Creation formed in 1986 and despite the many ups and downs in their three-and-a-half decade career, the band has always been a crowd pleaser. The band has gone through many line-up changes (try not to count them) and has delivered an extensive discography. Although many have a soft spot for the band, opinions on their discography are divided and, let’s just say, it can be labelled as hit and miss at best. Still, there is no doubt about the quality of the early work, the debut album ‘The Ten Commandments’ (1991, Roadrunner Records) is an unparalleled classic.

Before coming up with that iconic album, the band released a number of demos, which were heavily tape traded in the underground. Over the last years, some of those demo recordings have also found their way to various bootleg LP’s and also the Italian F.O.A.D. label has re-released some of those old recordings. In that same line, Xtreem Music also brings something from the rich past of Malevolent Creation through their 10 Inches Of Deathcult-series: their widely acclaimed ‘Demo 1990’.

The three tracks of this demo will be familiar to everyone, as they all came back on the aforementioned ‘The Ten Commandments’-album. Of course these versions are a bit more raw, but the potential of ‘Remnants Of Withered Decay’, ‘Decadence Within’ and ‘Impaled Existence’ is already fully audible. Although many of the older songs still have a more Thrashy slant, the band was already able to shake that off a little here and the emphasis is completely put on the ever faster and further developing (American) Death Metal sound of that time. The sound is not too far off from Cannibal Corpse, also from Buffalo, New York, be it that Malevolent Creation has adopted a much less blunt and dark sound and also the screaming Slayer-esque solos are still here. You’ll also find those on the B-side of this 10″ EP. These tracks are part of a live set that was issued in full in 1989 as ‘Live Demo’. On these songs you can hear a Malevolent Creation that balances just a bit more in the transitory twilight zone between Thrash Metal and Death Metal, something that was all too common in those days. When you hear a song like ‘Epileptic Seizure’, Slayer is never far away. These four songs are a nice addition for me, especially since I hadn’t heard ‘Scout Women’ before.

Issued in the now very familiar 10 Inches Of Deathcult-way, with an inlay containing scans of the original demo cover and various flyers and released in three different colours. For the connoisseur among us.