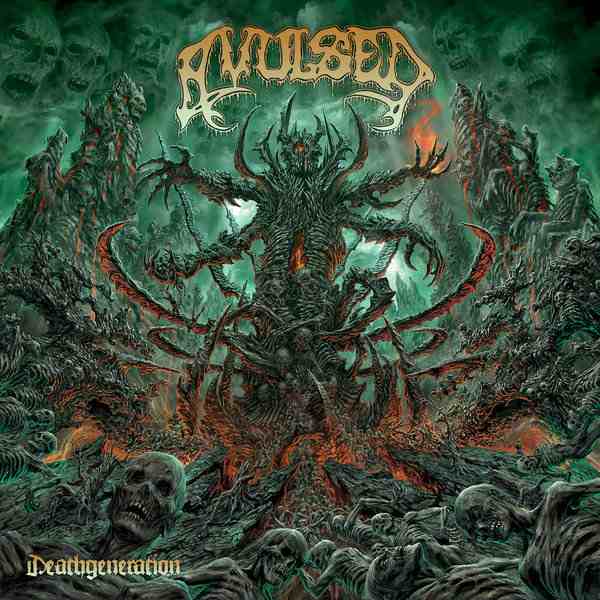 Some anniversaries need to be celebrated! Be it a wedding, the years of existence of your local football club or the first time you drank your first Bourbon County Stout…some anniversaries need to be celebrated. Avulsed had a 25th anniversary and Dave Rotten & co. released a nice package to let the world know they have reached this milestone. “Deathgeneration” exists of 2 parts, the first one are re-recorded tracks of their whole discography, but with guest-vocalists. So you will hear Chris Reifert (Autopsy) on “Sweet Lobotomy”, Will Rahmer (Mortician) on “Addicted to Carrion” and Tompa (At The Gates) on “Devourer of the Dead” among many others as there are 16 tracks re-recorded with guest vocalists. Quite a cool idea and it was really fun to listen different kind of vocals on these tracks. On the second part you will hear a best-of compilation of original recordings. And there is a “Deluxe Mega Boxset” version, which will contain CDs, Cassettes and Vinyl, a poster, a patch and many more. Deluxe Mega indeed! (Ricardo)