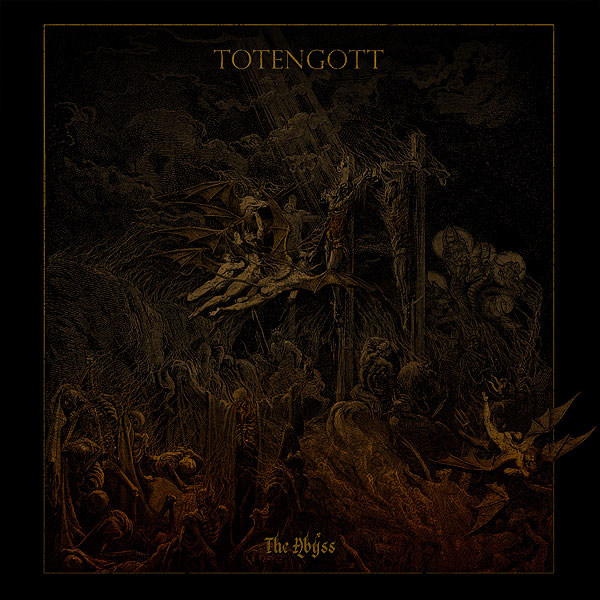 Although with the passage of time some magnificent bands have split-up, their mark keeps indelible either because of their great work or some groups that like to pay tribute to these bands.

That is the case with Totengott who started as a band that played Celtic Frost’s songs, but after some live shows they beginning to make their own music and…it seems they had already an idea of what path they wanted to follow. With some elements of classical music mixed with darkness they make dense and assonant atmospheres that embodies you and then, suddenly you’re under attack by a heavy line-bass accompanied with powerful drums and a mighty voice, just as Celtic Frost used to do it, but…if this isn’t enough, just add a pinch of Vader and you’ll have a living hybrid, just  listen “Ceremony I, Sic Transit Gloria Mu” and you’ll realize what I’m talking about… (Charles Klemm)