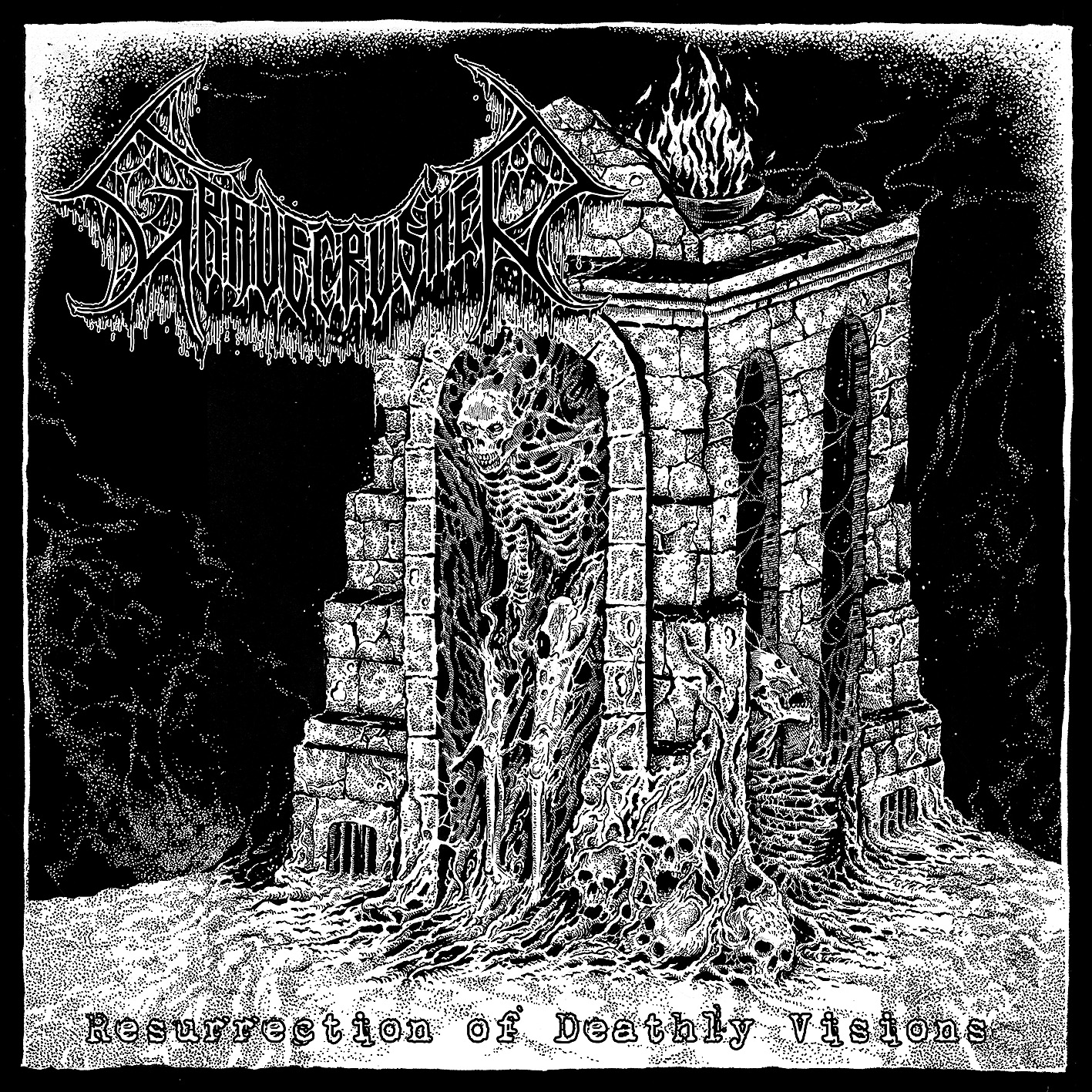 In 2013 Swedish underground protagonist Blood Harvest Records released two rather devastating 7” EP’s, ‘Eternal Darkness’ by Necrosodomy and ‘Mutilation Ritual’ by Gravecrusher. Although both EP’s were in fact reissues of their previously released demo tapes, I had never heard of them before. But they blew me away, almost ten years ago. Both bands shared their hometown of Szeged in Hungary as well as several bandmembers, but each had their own approach to the Death Metal genre. Unfortunately, Necrosodomy folded somewhere halfway the 00’s and a similar fate for Gravecrusher was feared too as nothing from was heard from them after the 2014 EP ‘Morbid Black Oath’ (Xtreem Music).

But something did keep them alive, as after eight years the band surprisingly returns with another EP, also on Xtreem Music. On this ‘Resurrection Of Deathly Visions’ the band, now reduced to a duo, offer four tracks of rather straight forward but well-executed guitar-based Death Metal that combines the best of Old School American and European Death Metal. take a bit of Malevolent Creation, Gorefest, Purtenance and Interment, blend it together, throw in some great guttural vocals and a Slayer-esque guitar solo, and there you have it: Gravecrusher. Not at all much unlike the the previous 7” and mini CD.

If the previous two recordings appealed to you, then this will too. ‘Resurrection Of Deathly Visions’ has no double entendres, it is just what it is: a punch in the face. Uncomplicated, riff-based Death Metal. Nothing more, nothing less. Honestly, I personally liked Necrosodomy a bit better, but since they are not around anymore, this new Gravecrusher EP is more than welcome.  (FelixS)