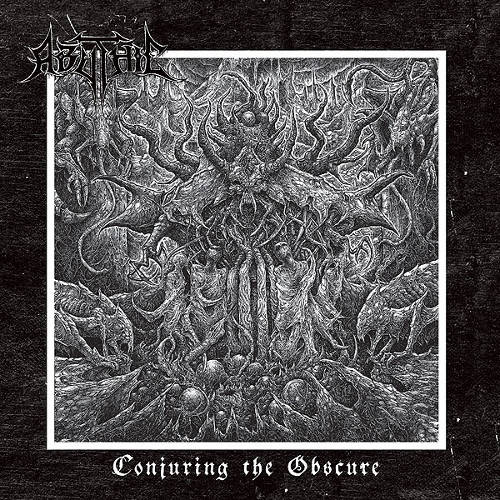 Abythic is a German band whose second full length album, “Conjuring the Obscure” came out on September 11th, 2019. Cavernous and devastating, the music contained within is thirty-eight minutes of the purest Death Metal you’re likely to hear on any continent.

With songs like “Order of the Gash” and “Ruins in a Wasteland of Visions” possessing bone-crushing riffs, and foggy doom-like grooves paving the way for the slower, snarling tremolo-picked deviousness of “Shadows of Becoming Night”.

“Conjuring the Obscure” is full of bleeding flesh from lashes to the back, and it is glorious. So much so, in fact, that by the end of the final track, you want nothing more than to “Let the Purge Begin”, as you start the album over with it as the soundtrack for what may just be your last night on earth.

Abythic does not reinvent the Death Metal wheel, but I sincerely do not believe Abythic gives two squirts of piss. They are here to tear shit down, and if you’re not on their side, you’d better get the hell out of the way. Do yourselves a favor and pick this monster up. (VUK)