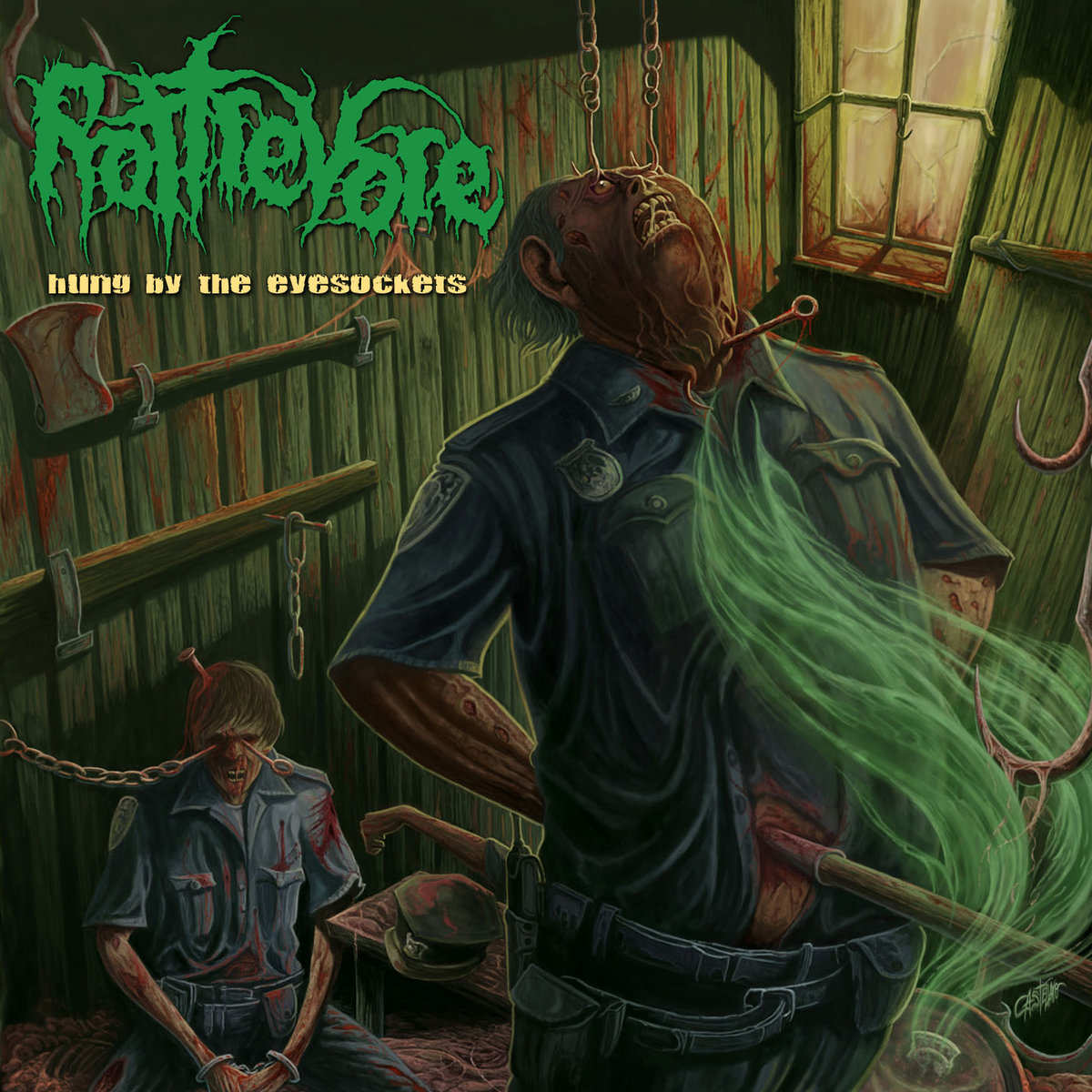 Originally self-released by the band as a digital EP and later as a limited CDR in 2012 (released as ‘Blind Sided Attack’) and properly made available on CD by Xtreem Music a year later it now finally gets a wider release on three physical formats, including a much demanded vinyl version. The first edition from 2012 had the three tracks in its original form and in addition an instrumental version of all three tracks. These instrumentals were omitted on this 2022-reissue. That means that the EP is cut down to the three tracks that is the core of this EP. That also means that if you go for the vinyl-edition you get a one-sided 12” with the bands’ logo printed on the B-side.

Back to the year of 2011, the year that Rottrevore had their second coming, they wrote these tracks as a trio with both Chris Free and Chris Weber as the original bandmembers and thus dropping the second guitar of Mark Mastro and on drums the band got Chris Easley instead of Jason Graham. Which makes this a triple-Chris EP. So, basically, these three tracks were written as the bands’ first recordings since their somewhat cult album ‘Iniquitous’ that was released in 1993 on Xtreem Music’s predecessor Drowned Productions. The newly reformed Rottrevore used these songs as a digital demo and made them available through their ReverbNation-profile. Despite the musical content of this 3-tracker, the band folded not too long after and that was about it. It never got to a new full-length, that many were waiting eagerly for.

People who love their 1993-debut album usually mention its sheer guttural brutality and the murky production that graces the utterly primitive tracks. Together with the gut wrenchingly deep vocals the extremely low tuned and sawing guitars make up the trademark sound that Rottrevore stood for. That is also the sound that turned out to be one of the blueprints for that caveman-like sound of many of today’s Death Metal bands.

Anyone who is looking for a similar experience on ‘Hung By The Eyesockets’, might be a little disappointed. There’s not much left of that ‘Iniquitous’-sound on either of these three songs. The sawing guitars are still there, but the production is way cleaner, courtesy of Erik Rutan, who was the man behind the mixing and mastering desk too. But once you’ve gotten used to this newly fitted sound, you’ll hear that the basics for Rottrevore didn’t change all that much – even when this was recorded about 20 years after ‘Iniquitous’. It is still menacingly brutal with enough of that typical American Death Metal crunch and meatiness on it. It is good to hear that Chris Weber’s vocals are still rather deep, but it is fair to say that due to the cleaner sound they do sound less lethal and they takes a bit of time to get used to. Adding all things together, it does sound like Cannibal Corpse, which is by means a bit thing. Not quite the same Rottrevore that I am used or was looking forward to, but at the same time they delivered a tasty slab of American Death Metal nonetheless.

Wrapping it all up, ‘Hung By The Eyesockets’ didn’t turn out to be a typical Rottervore recording and whether it is because of Erik Rutan’s work or not, it does sound quite a lot like Cannibal Corpse. But, with these songs under their belts, I am rather sure that there was a lot too look forward to. And apparently the band felt the same way, because last year the band got together again. (FelixS)