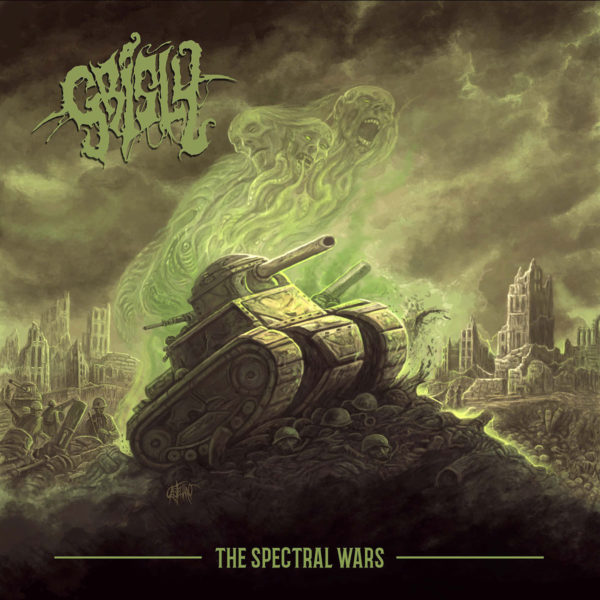 Helmed by Rogga Johannson, Grisly does not disappoint on their debut album of dirty and rotten old school death metal. Autopsy esque grotesque melodies clash with simplistic death metal riffage ala Benediction. Think Bolt Thrower rolling past the battle field and right into a graveyard. Dirty, rotten and awesome.

The band takes a straightforward and simplistic approach to songwriting and it turn it makes everything very memorable. The opening track “Consumed From Beneath” really sets the tone for the whole album. Awesome twisted melodic riff, thrash tempos and a chorus that sinks in like a tank being stuck in the mud. The second track “Rot to the Living” hits super hard with an awesome chorus, catchy guitar leads and some excellent groovy riffs. The rest of the album hits just as hard as each remaining song retains the same memorability and amazingly strong songwriting chops.

Throw in some amazing cover art and a raw but perfectly suitable production and you have an album that is hard to pass up. Fans of Autopsy, Benediction and Bolt Thrower with enjoy this gross and catchy death metal affair. Yet again, Rogga does not disappoint! (MikeH)