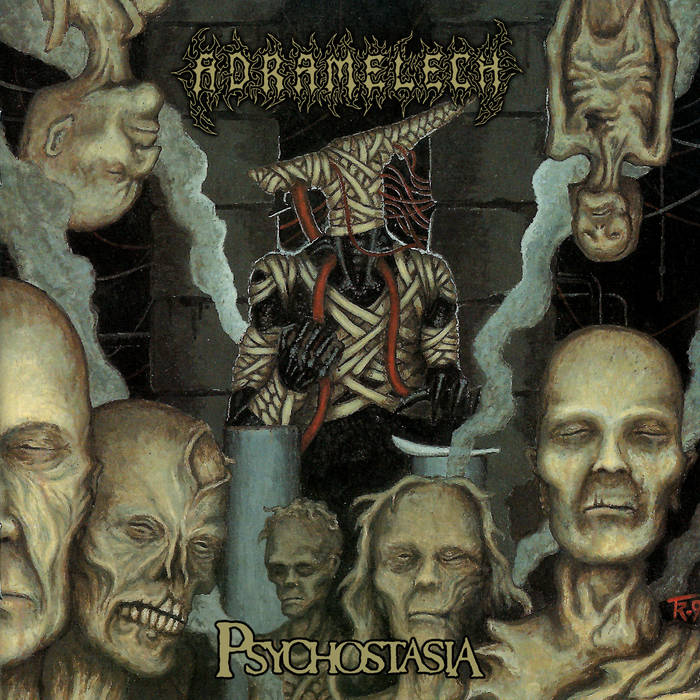 Adramelech from Finland released their last album, “Terror of Thousand Faces” in 2005, also by Xtreem Music. After that, it became silent but has never officially split-up. Still, the band got some notice in with their “Psychostasia” album as it was released in 1996. A small achievement, as Death Metal wasn’t that popular as Black Metal took over the metal headlines at that time. Concerning the Finnish scene, the days of Demigod, Depravity, early Sentenced, early Amorphis, Convulse and Demilich were buried and for some even forgotten. Concerning all those bands, Adramelech is approaching Demigod the most on “Psychostasia”. This re-release got 3 extra live tracks and re-mastered sound and has been released under the Xtreem Cult Series, which re-released many Finnish albums. Old School Death Metal in the typical Finnish way which is a bit more complex concerning their partners in crime from Sweden. A blindfolded buy if you like the 1990s Finnish scene and aren’t familiar with Adramelech.