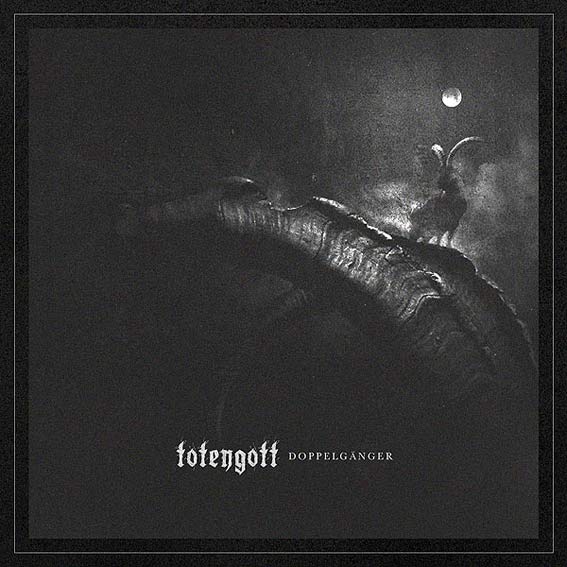 Let’s cut to the chase, Totengott from Spain is heavily influenced by Celtic Frost (and especially “Monotheist”) as well as the other Tom G. Warrior related Triptykon. Besides choosing a band moniker that is a song title of “Monotheist”, their first demo has been called “Lucifuge Rofocale (Celtic Frost Demo)” filled with 5 covers of one of the most important extreme metal bands of the 1980s. For some the most important one even. In 2016 they have recorded a self-titled 3-track demo and all songs are featured on the “Doppelgänger” debut, and although the title of the album will bring the illusion Totengott is only a simple and shamelessly copycat, the compositions are having a twist of their own to give it such a label. For example the songs are having the core of Doom Metal, but they weave typical Celtic Frost riffs and sound as well as vocal lines through it. So a shameless copycat, not exactly…but they are getting close (without the addition “shameless”) and doing a good job at it actually. (Ricardo)