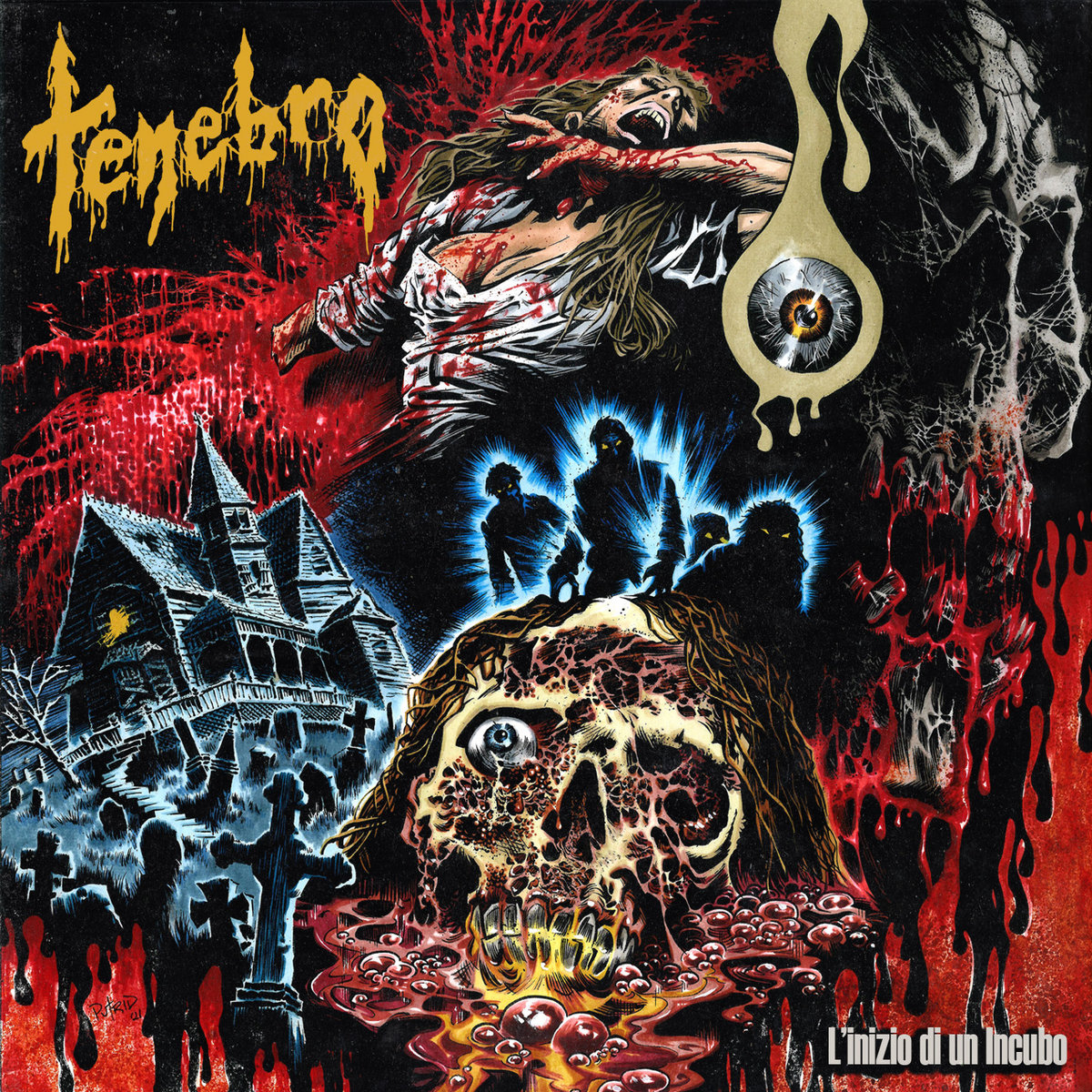 After a demo tape (reissued on 7” vinyl by Seven Metal Inches) and a 3-track debut EP which was initially only released on cassette tape, but later reissued on CD by Xtreem Music these Italians are back with a full-length album. This time it will be available on all formats and again released by Xtreem Music.

For those who missed out on the earlier releases of this duo and have no idea what to expect: imagine (very) early pre-album Mortician minus the blast beast frenzy and with a very underproduced muddy sound. They also have the same fascination for (Italian) horror movies, hence the classic horror-styled cover. Besides Mortician’s early work (from, let’s say, the ‘Mortal Massacre’ to ‘House By The Cemetery’ 7” EP’s) also early- to mid-period Necrophagia comes to mind. But although it sounds pretty charming in its own fashion, it is also evident that Tenebro is not (at all) of the same quality as these two American forerunners of low tuned and horror drenched Death Metal. In fact, Tenebro sounds pretty one-dimensional and oversimplified. Yes, of course, I know, that is the whole concept, but 45-minutes of stomping blur is a bit too much.

Still, I think Tenebro is worth checking if you are into slow, down-tuned, horror soaked, old school Death Metal in the vein of early Mortician. It might indeed be a bit too basic and it lacks the spark to grow into bigger levels, it still is a fun listen and definitely gets my approval above most of nowadays old school Death Metal. (FelixS)