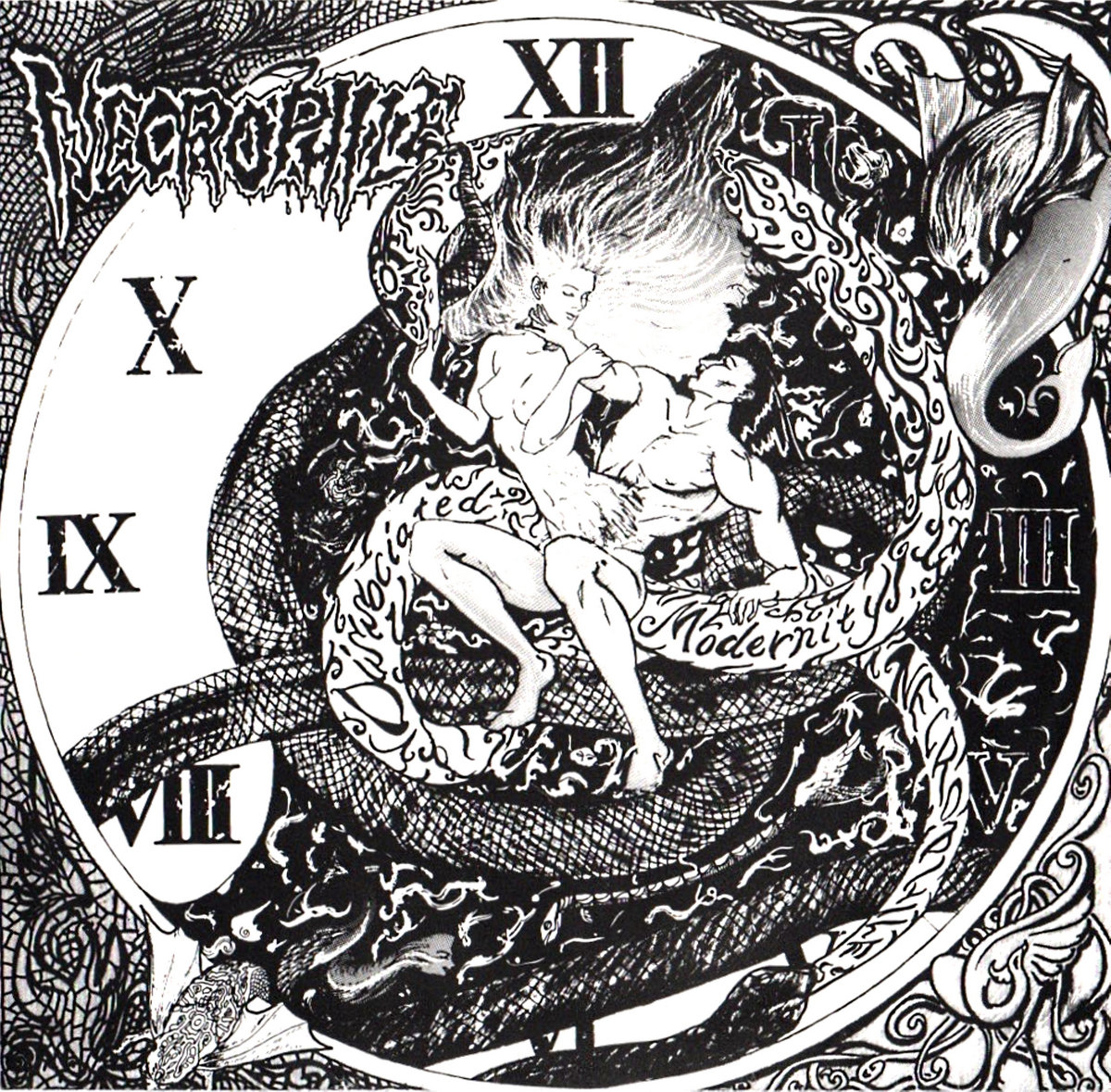 The Japanese extreme metal scene has always been rather limited in the amount of bands, but they always tended to bring something different to the table. The Japanese bands used European or American examples but they molded it into something that sounded just a little different. Whether it is Heavy Metal (Loudness, Anthem), Black Metal (Sigh, Sabbat or Abigal), Grindcore (Gore Beyond Necropsy, Sexual Urge Motivation, Unholy Grave) or Death Metal (Transgressor, Intestine Baalism, Necrophile), they al brought a rather distinctly divergent sound. In the 10 Inches Of Deathcult series Xtreem Music is presenting one of those early Death Metal bands, Necrophile.

Necrophile’s was one of the very first really extreme bands in the Japanese metal scene, starting out as early as 1987.  And with that, their sound is as clunky and primitive as it can get, still their split LP with the sort of legendary Singaporean band Abhorer from 1991 and the original ‘Dissociated Modernity’ 7” EP from that same year gained a certain cult status.

Listening back to the ‘Dissociated Modernity’ songs today makes all the more clear that that status should be seen in its very zeitgeist and purely in its historical perspective. Musically the songs are so very naïve and, frankly, just of such a painfully high-school level, that it is actually hard to listen to. Things aren’t much better on the extra tracks, a rehearsal from 1988 and two live tracks from 1990.

I love the preservation of recordings and placing them in their historical frame, but musically, it is really just not enjoyable. When I got my personal copies of that split LP and the 7″ some 20 years ago, I realised this less, which may have to do with my youthfulness at the time, but also with the fact that we are now two decades on. Probably a combination of both. But it is clear that the primal Death Metal with a Thrashy slant of Necrophile with its muddy and sloppy sound and performance and some forced vocals have stood the test of time pretty badly. What these recordings do hold up is the charm they do possess and of course the historical value: Necrophile was clearly a stepping stone for the extreme metal scene in Japan that would subsequently develop and go on to produce many excellent bands.