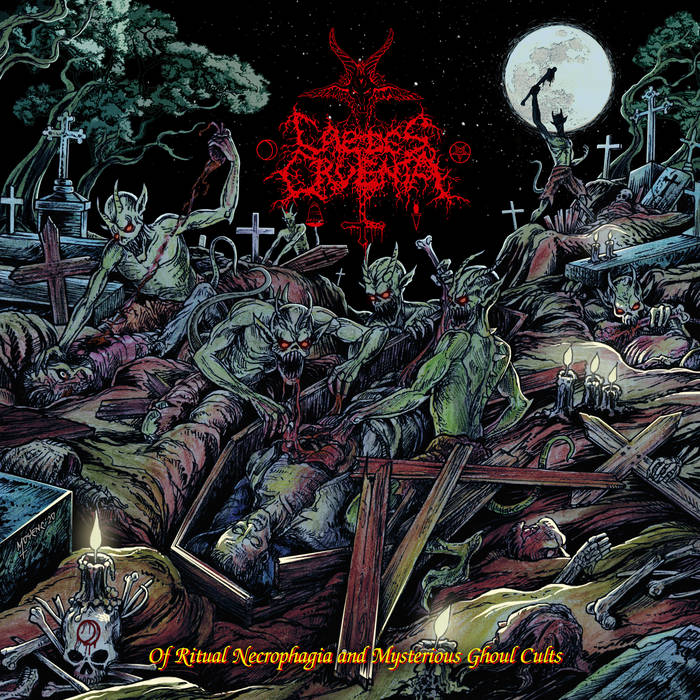 The Greek Black Metal scene has never been as flooded by bands and releases as the Norwegian or Swedish scenes. Those Scandinavian scenes had so many bands and seemed so lively, thriving on elusive creativity, that all of them seemed to have pushed each other’s boundaries to such an extent that they were able to deliver albums such as ‘Pure Holocaust’, ‘In The Nightside Eclipse’, ‘Nemesis Divina’ and ‘Transylvanian Hunger’. Down those warmer, Mediterranean regions, the Greek bands were smaller in number and thus spawning considerably less albums, but the impact is not to be underestimated. Albums such as Rotting Christ’s ‘Thy Mighty Contract’, Varathron’s ‘His Majesty At The Swamp’ and Septic Flesh’s ‘Mystic Places Of Dawn’ might not directly comparable to ‘De Mysteriis Dom Sathanas’, ‘Burzum’ or ‘A Blaze In The Northern Sky’, but their heritage is still heard in todays Black Metal scene all over the globe.

And in recent years, a new generation of Greek Black Metal bands who proudly defend their native Black Metal sound have appeared. Many of those bands found their way to my record player, as I still am blessed by an insatiable thirst for that classic Hellenic Black Metal sound of old. Bands like Cult Of Eibon, Ithaqua, Funeral Storm and Caedes Cruenta offer an almost equally good experience to those whose head and ears are still very much stuck into those early 90’s Greek Black Metal classics.

With ‘Of Ritual Necrophagia and Mysterious Ghoul Cults’ Caedes Cruenta is adding their third full-length album to their overall very strong discography, which also consists of a number of excellent (split) EP’s. The band drilled down their take on the Black Metal genre to the very basics. In contrary to the Scandinavian bands, this all sounds warm and even damp, a brooding sound that fits so well to the Mediterranean melodies and the overall occult nature of the music, which is pushed into more intense territories by the addition of compelling acoustics. The raw and single-chord riffs and the rather digital sounding drums sound so much like those recording from the first half of the 90’s. A sound that was basically born out of necessity because the Greek studios at the time were much inferior to those of Western/Northern European, which made recording real metal drums more or less completely impossible, but it was exactly that stripped-down sort of ambience that gave Rotting Christ and the likes their immortalized sound. Caedes Cruenta, just like many of their scene-contemporaries, are able to pull off such an authentic sound, that if you close your eyes you can just imagine this being 25 years old, instead of the modern recording it actually is.